Walk Off the Earth, a Canadian indie-pop band, has announced a tribute concert for their late keyboardist and vocalist Mike Taylor.

The band revealed last week that Taylor, known as “Beard Guy,” died from “natural causes” in his sleep.

“It is with profound sadness that we announce the passing of our beloved brother and band member, Mike ‘Beard Guy’ Taylor,” the band said in a social media post. “Mike had a love for life that was unmatched and a willingness to give that went beyond ordinary means. He passed peacefully from natural causes last night in his sleep. Our deepest sympathies are with his two children, whom he adored more than anything else in the world. We ask for privacy for his family in this trying time.”

The free tribute show will take place on Sunday, January 13, at Civic Square in their hometown of Burlington, Ontario. Walk Off the Earth will hold an acoustic set, and members of Barenaked Ladies, Monster Truck, USS, Darenots, Saint Alvia, and Scott Helman will perform throughout the night. They will also live-stream the gig on their Facebook page.

“Mike loved our fans so much,” the band said in a statement to fans who are unable to make the memorial show. “We want to honor him and his legacy by continuing our world tour to bring the spirit of this memorial to our fans across the globe.”

Walk Off the Earth will still tour; they are set to kick-off shows in Truro, Canada in early February, followed by concerts in cities like Milwaukee, Cleveland, New York, Boston, and Philadelphia. From there, they’ll head overseas to perform across Europe. Their final slated show is in Vancouver early August.

Check out the tour poster for Taylor’s tribute show below. In honor of Taylor, his family is working with the charity MusiCounts to collect donations to give instruments to children in need. 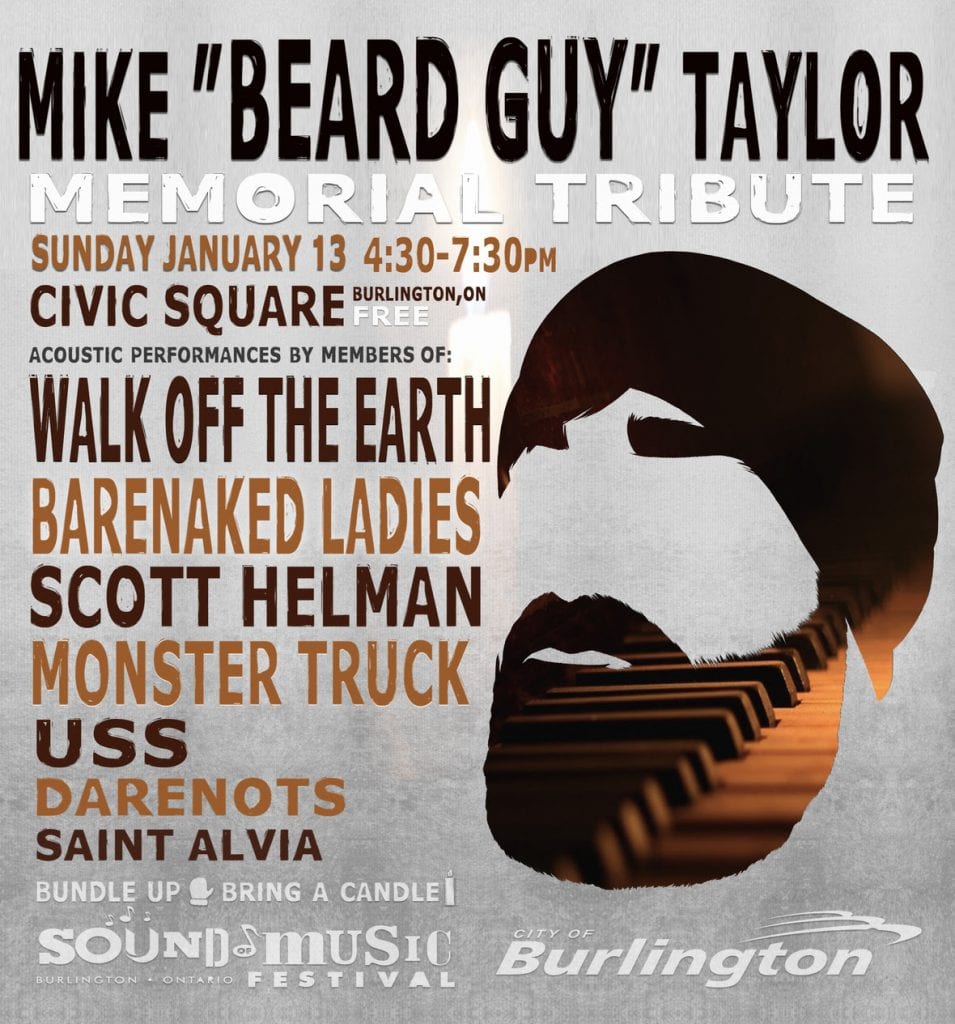