Twenty One Pilots, Ariana Grande, The Strokes To Play Lollapalooza

Rock duo Twenty One Pilots, who are currently on The Bandito World Tour, are among the headlining acts, along with EDM stars Flume and the Chainsmokers and Latin pop artist J. Balvin. Janelle Monae, who returned to the music scene last year, is slated to take the stage, along with hip-hop icon Lil Wayne. ROSALIA and Yaeji will perform, along with rising country-pop star Kacey Musgraves. Indie-rock’s Death Cab for Cutie and Fitz and the Tantrums, pop singer Maggie Rogers, R&B artist  H.E.R., and alt hip-hop’s Hobo Johnson & The Lovemakers are also set to make an appearance.

Some unique acts within the lineup include Jack Black’s comedy-rock band Tenacious D, metalcore group Bring Me The Horizon, and the indie artist Mitski, whose album Be The Cowboy was named 2018’s Record of the Year by multiple music publications. Bad Suns, Bea Miller, Against The Current, The Band Camino, and Japanese Breakfast are among the rising acts that will take the stage.

The annual festival, set to take place from August 1 to 4 in Chicago’s Grant Park, offers eight stages, over 170 artists, and interactive activities. Currently, four-day tickets to the fest, as well as VIP and platinum passes, are available. One-day general admission tickets, as well as the day-by-day lineup, is expected soon. 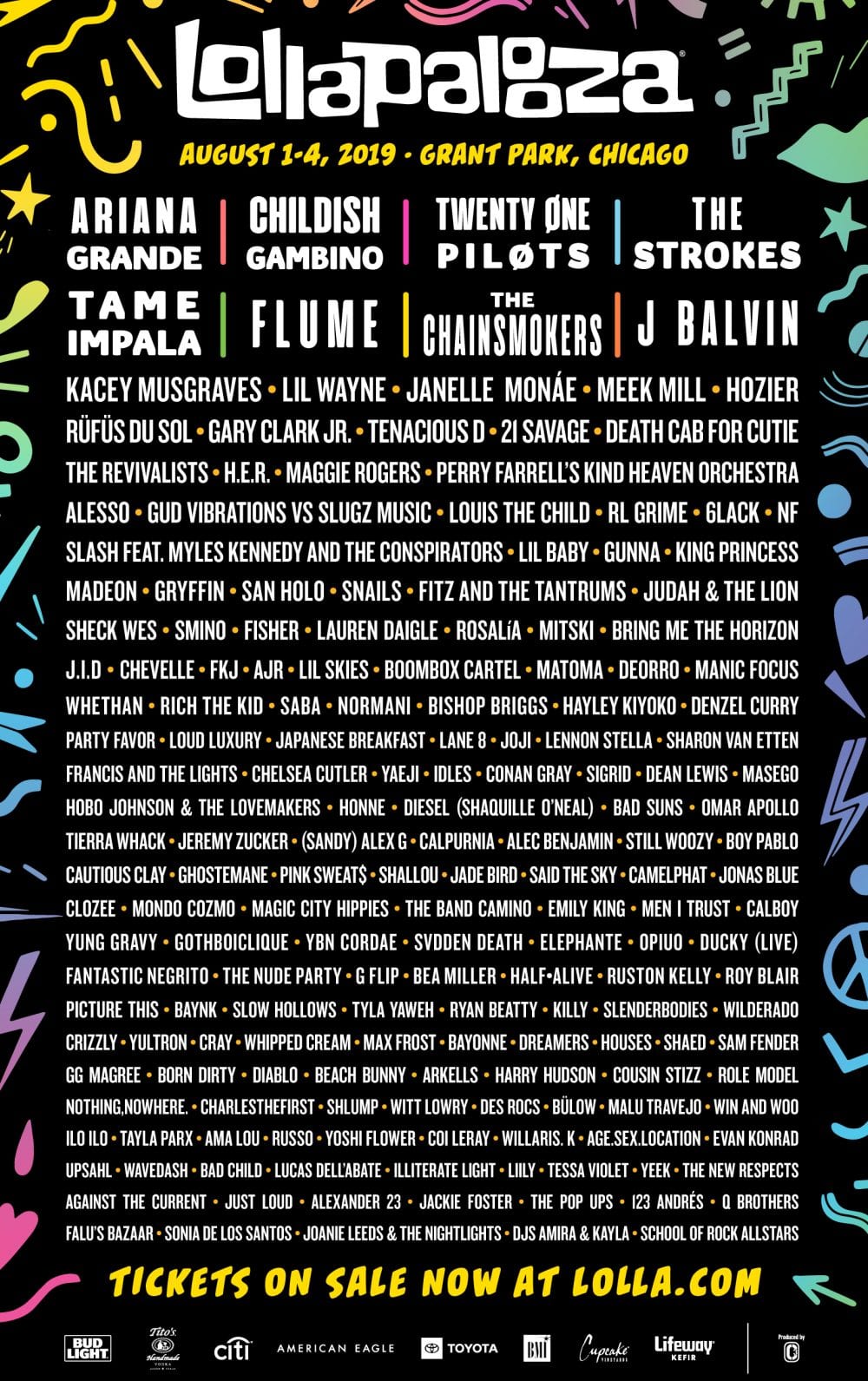