Jack White is reuniting The Raconteurs this year for their long-awaited comeback at Third Man Records’ 10-year anniversary show.

The Raconteurs includes White, Brendan Benson, and former members of The Greenhornes Jack Lawrence and Patrick Keeler. Late last year, the group dropped tracks “Sunday Driver” and “Now That You’re Gone,” teasing their forthcoming LP. Brenson noted that 2019 will be an “exciting year of touring for The Racs.”

White’s Third Man Records is celebrating their tenth year in Nashville, and to honor the feat, The Raconteurs’ will headline their first show in eight years. The gig, set to take place on April 6, will feature performances from artists Lillie Mae, The Gories, Craig Brown Band, and The Dirtbombs, along with sets from Margo Price, The Dead Weather’s Alison Mosshard, Joshua Hedley, and Carla Azar, among others.

Following the Third Man concert, The Raconteurs will head overseas for shows in New Zealand and Australia before playing a string of festivals, including London’s All Points East, Denmark’s Heartland, and Best Kept Secret Festival in the Netherlands. While these are the only dates announced so far, they are expected to announce more dates in 2019. Their upcoming record will follow 2008’s Consolers Of The Lonely, as well as 2016 hit singles “Steady, As She Goes” and “Store Bought Bones.” 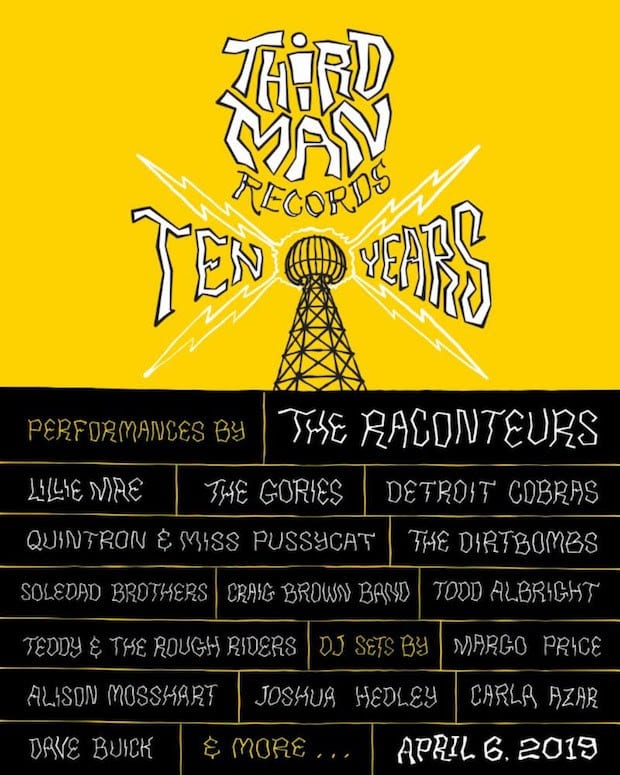