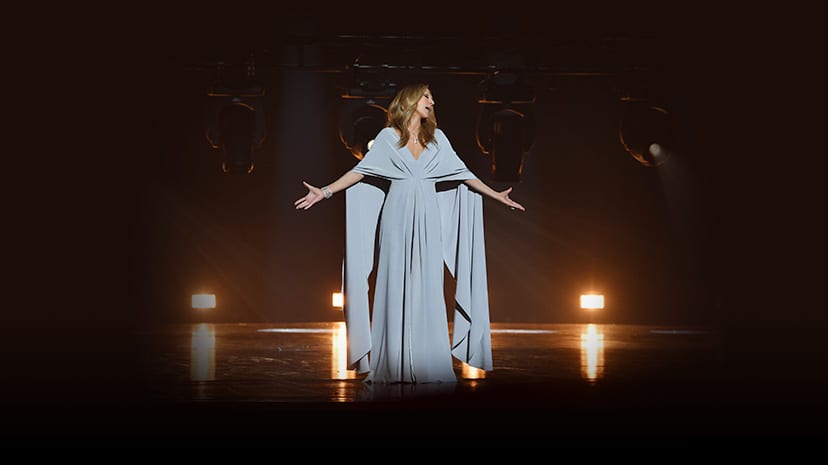 The pop icon Celine Dion will take a break from her usual gig in Las Vegas to head out on a world tour supporting a new record.

Dion announced the news yesterday at a special event at the Theater at the Ace Hotel in Downtown Los Angeles. She performed hit songs like “I’m Alive,” “Ashes,” and “My Heart Will Go On” before announcing the news.

The Courage World Tour will kick-off in Quebec City on September 18 and 20, followed by another two-night show in Montreal. From there, she’ll head to cities across the U.S. like Cincinnati, Milwaukee, Atlanta, Houston, Baltimore, and Brooklyn for her first round of tour dates. The second set of dates, which will go on-sale at a date TBD, include stops along the west coast in Los Angeles, Portland, and Oakland, as well as Vancouver and Edmonton before wraping-up in Winnipeg on April 27, 2020.

“It’s not gonna be the Las Vegas show,” Dion said of the upcoming tour at the LA event. “It’s gonna be the songs that I hope that you want to hear. The songs that you used to hear me sing. I would like for this tour to be the most spectacular tour.”

The last time she hit the road for her Taking Chances World Tour in 2008, more than 2.3 million fans came out to see her. This will be her second tour since she embarked on her Las Vegas residency at the Colosseum at Caesar’s Palace 17 years ago; she currently holds a Billboard Boxscore record for the highest-grossing residency of all time. This summer, she will perform the final 28 shows at the Colosseum before the headlining trek begins.

Courage drops this fall. During a Q&A session after she announced the news, she told a fan that the album’s name stems from her ability to find her inner strength and courage during hard times in her life.

“The people that I love so much embraced the moments that were difficult,” she said. “They gave me so much strength. And then a song came that was called “Courage,” and it didn’t take long for all of us to say, ‘I think the album should be called Courage.’”

Check out the full round of tour dates below.

(second round of tour dates)