The festival is set to run from July 5 to 7 at New Orleans’ Mercedes-Benz Stadium. During the three-day event, over 80 artists will perform, along with nightly DJ sets. Loni Love will host the show. CEO of Essence Communications, Michelle Ebanks, said the organization is celebrating their 25th anniversary with an “extraordinary, multigenerational, cultural celebration” with nearly 100 black artists who call the festival “home.”

“Through an imaginative slate of 25th anniversary curations and a fresh take on our night-by-night line-up, this year’s milestone Festival will creatively represent some of our culture’s most important and influential bodies of work – past, present and future,” Ebanks said in a statement. “We are excited to place the spotlight on the music that captivated and inspired our global communities—all reimagined exclusively for the ‘only-at-ESSENCE’ Festival stages.”

Rap icon Elliott will take over the show Friday night, with additional performances from artists like Doug E. Fresh, MC Lyte, RBRM, Ledisi and Sheila E., Brandy, and Morris Day. Saturday will follow with a headlining set from Mary J. Blige. Throughout the day, she will be joined by acts like Nas, H.E.R., Big Daddy Kane, Scarface, and Slick Rick.

Teddy Riley’s Legends of Music curation, featuring Pharrell Williams, Timbaland, Teyana Taylor, MAJOR, and Ro James, among others, will close out the show on Sunday. Da Brat, Lil Jon, and Dem Franchize Boys will also take the stage as a part of Jermaine Duper’s Atlanta-focused curation, along with Maze and Frankie Beverly.

Single day tickets, as well as three-day passes, are available via Ticket Club.

Check out the full lineup at Essence.com. 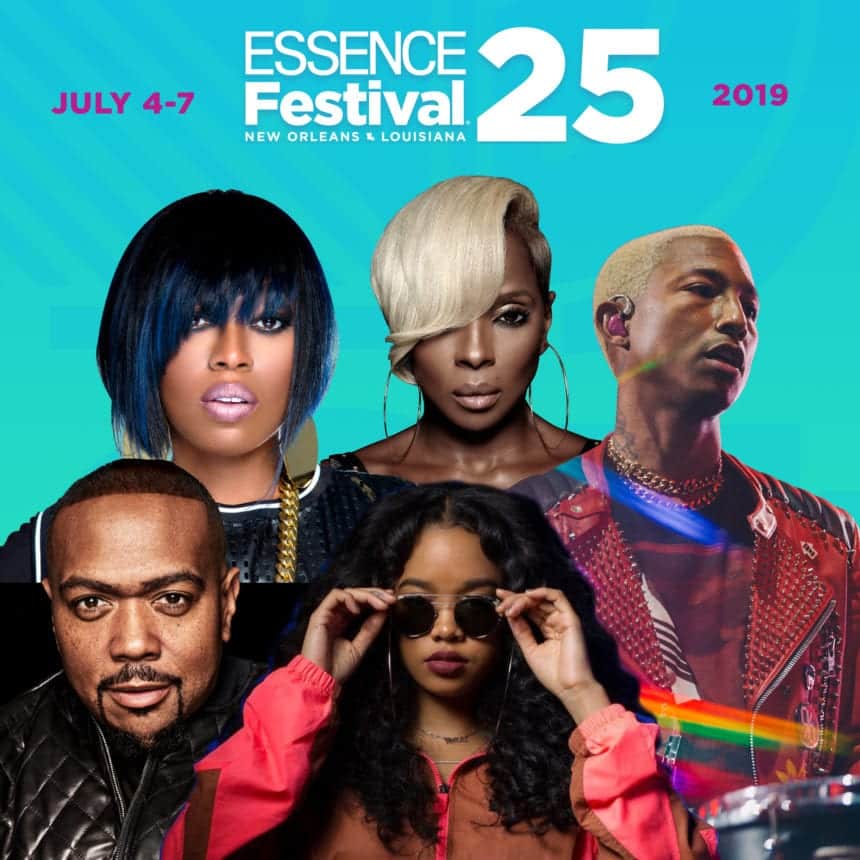 Last Updated on May 7, 2019 by Olivia Perreault