Kaaboo Festival To Head South For Inaugural Event In Texas

Kaaboo2 Kaaboo Del Mar1 KaaBoo Festival3 Kaaboo Texas1 music festival234 music festival lineup9
Kaaboo, the festival that has made a name for itself over the past four years with A-list stars in sunny San Diego, will head...

Kaaboo, the festival that has made a name for itself over the past four years with A-list stars in sunny San Diego, will head down south for the first-ever Kaaboo Texas.

The three-day festival, known for its eclectic lineup, delivered yet again as The Killers, Sting, Lionel Richie, Lynyrd Skynyrd, Little Big Town, and Kid Rock are slated to perform throughout the event. Notable acts like Ms. Lauryn Hill, The Avett Brothers, Alanis Morissette, The Black Eyed Peas, and Counting Crows will also take the stage, as well as Flo Rida, Joan Jett and the Blackhearts, and Rick Springfield, among others.

In addition to the music, the festival includes a comedy lineup, set to feature Dennis Miller and Garfunkel and Oats, as well as DJ sets from EDM masters like Chromeo and Paul Oakenfold. Various art will be featured at Kaaboo as well, including mural installations, exhibitions, and featured galleries.

For fans who want to take a moment to relax, Kaaboo has you covered. The fest is introducing the Vegas-style day and nightclub BASK, which includes DJ sets, cocktails, yard games, and cabana spaces. Additionally, the not-so festivalgoer can recover in one of the festival’s relaxation zone that features personal massages, a hot shave, and actual bathrooms.

The festival is set to take place in Austin from Friday, May 10 to Sunday, May 12. The previously-announced festival in Del Mar will run from September 13 to 15. 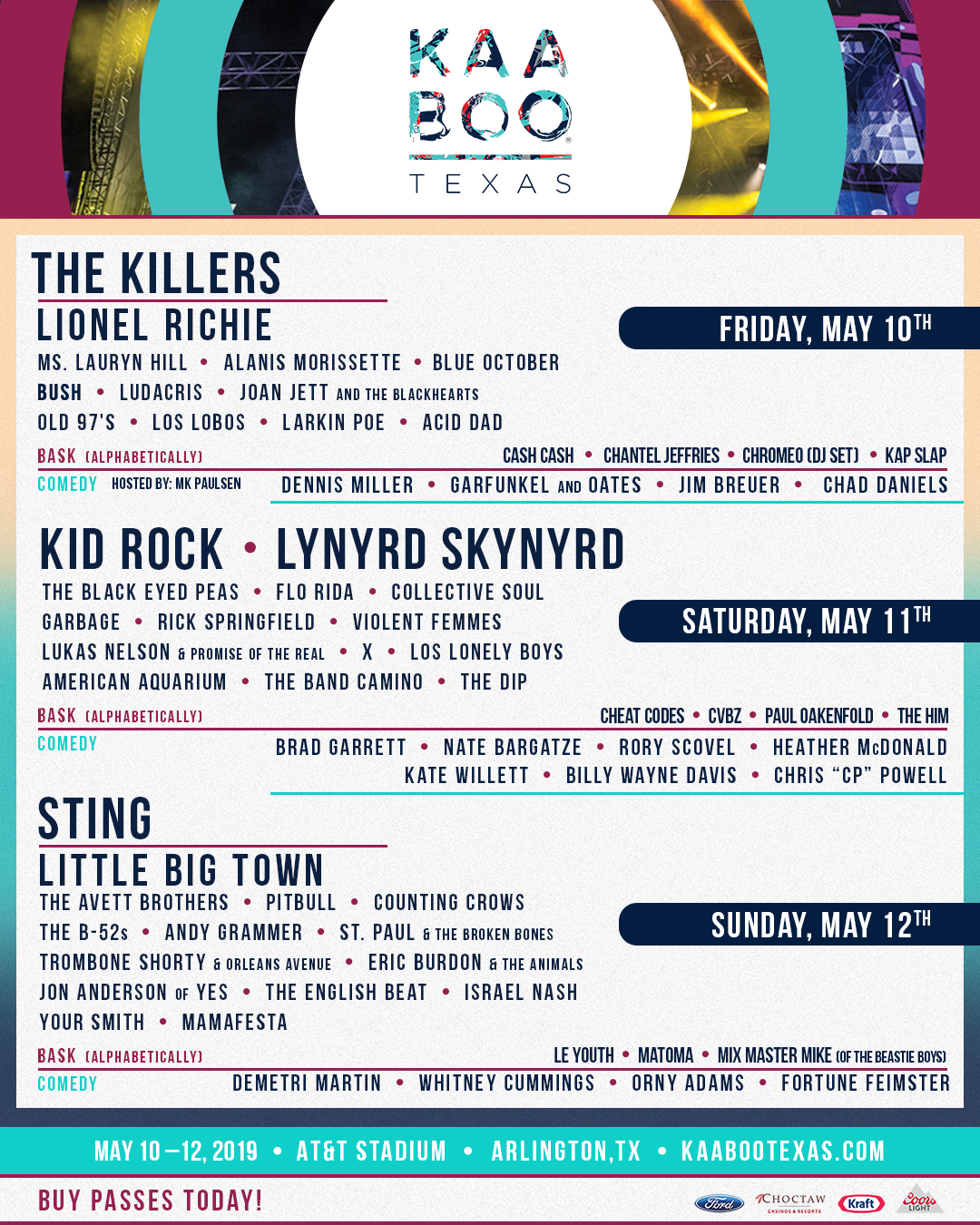