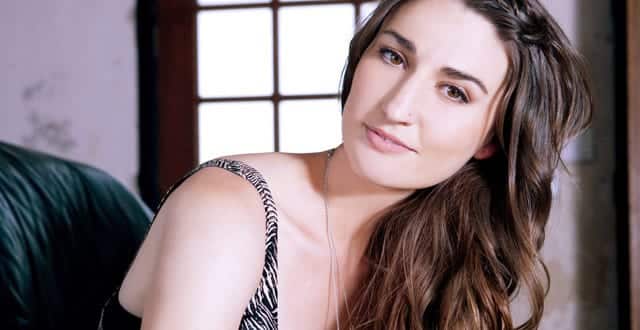 Sara Bareilles Returns With ‘Amidst The Chaos’ Tour

“Brave” pop singer Sara Bareilles will make her return to the music scene this year with the 30-city “Amidst The Chaos Tour” to support her latest record.

The Live Nation-produced tour will kick-off this fall starting in Detroit, Michigan on October 5, hitting cities across the U.S. like Chicago, Portland, Phoenix, Dallas, Philadelphia, and Jacksonville. Atlanta, Georgia will round-out the run on November 26. Throughout the trek, she’ll visit legendary venues like Madison Square Garden in New York City and Los Angeles’ Hollywood Bowl.

Her fifth LP, Amidst The Chaos, just dropped last Friday. The record, which includes singles “No Such Thing,” “Fire,” and “Saint Honesty,” is her first since 2015. Bareilles made her mark in the industry back in 2007 with her debut album Little Voice, featuring the smash-hit “Love Song.” She continued with Kaleidoscope Heart and The Blessed Unrest, garnering attention again with 2013’s “Brave.”

While she’s been quiet from the music scene for a while, she’s been busy on Broadway. The musical Waitress, which first hit the stage in 2015, featured all music and lyrics by Bareilles, and for a limited time, she starred as the lead role in 2017. After the show premiered, she released What’s Inside, a 12-song record featuring tracks from the play including “What’s Inside” and “Never Getting Rid of Me.” Currently, the show is on a U.S. national tour and debuted in London’s West End earlier this year.

She has been nominated for an Emmy and Grammy, as well as two Tony nominations for Best Musical Theater Album and Best Score.

Check out Bareilles’ full list of tour dates below.

Sara Bareilles Amidst The Chaos Tour