The post-rockers of Mogwai have announced a brief tour later this summer in support of their 2018 LP KIN.

After visiting a handful of festivals throughout the summer months like Belgium’s Rock Werchter, Pointu Festival in France, Mad Cool in Spain, and Las Vegas’ Psycho, the group will kick-off their U.S. outing in Phoenix, Arizona on August 19. From there, they’ll make stops in cities like Houston, Albuquerque, Austin, Dallas, Houston, Denver, and Salt Lake City before wrapping-up in Sacramento, California on August 29. Papa M will serve as support.

The feature-film soundtrack KIN dropped late last year and includes singles “We’re Not Done” and “Donuts.” The record follows 2017’s Every Country’s Sun and another collection of songs from a motion movie, 2016’s Before the Flood. Mogwai is best-known for early 2000’s tracks like “Take Me Somewhere Nice” and “Kids Will Be Skeletons,” along with more recent hits “Ether” and “Hungry Face.” 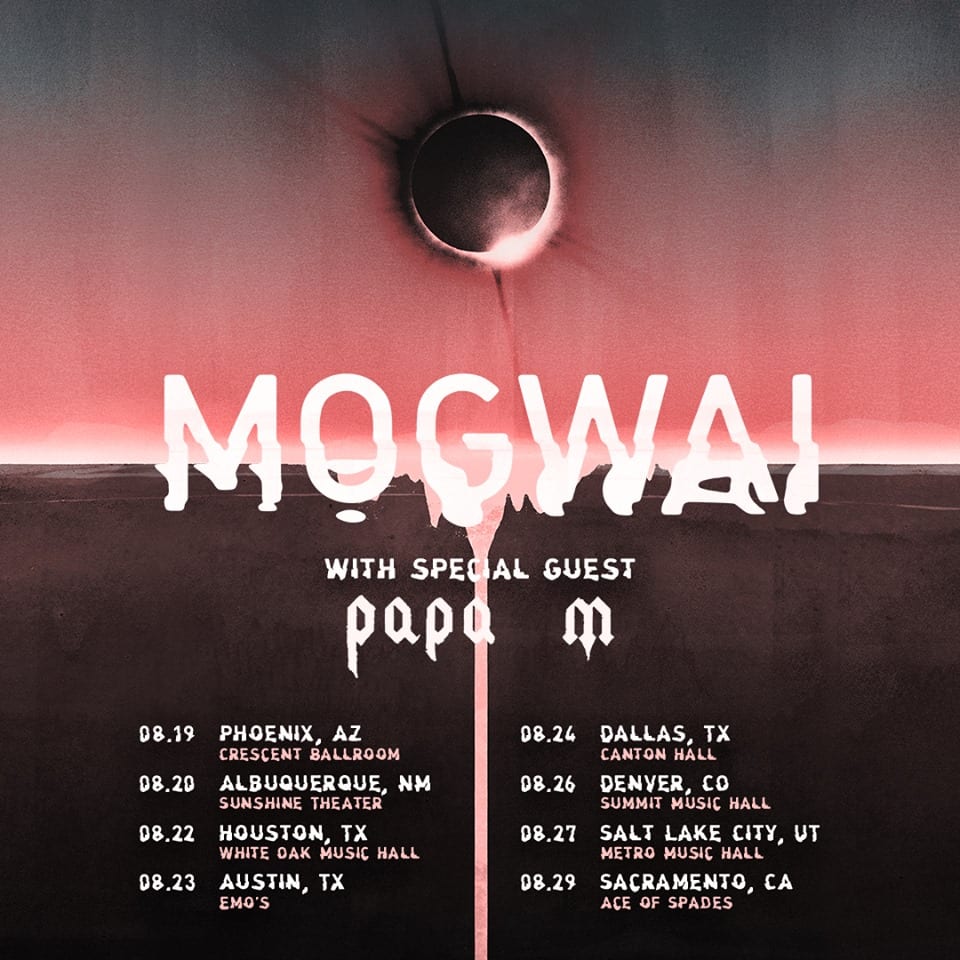