Alejandro Aranda, the runner-up on this year’s season of American Idol, announced an extensive fall tour across the U.S. for this fall.

These new shows follow Aranda’s previously-announced summer concerts, which almost instantly sold-out. During this new trek, Aranda will appear under his pre-Idol alias “Scarypoolparty.” This is fitting for the shy-natured contestant, who garnered attention on the show for performing seven original songs, as well as four original tracks during the season finale where he took second place behind winner Laine Hardy.

Aranda will be on the road through July, making stops in Los Angeles as well as in his hometown of Pomona. His fall tour will kick-off with a full band on October 10 at the UC Theatre in Berkeley, California, followed by shows in Salt Lake City, Cleveland, New York City, Boston, Charlotte, New Orleans, and San Diego. Los Angeles will close-out the run on November 21 at the Belasco Theatre.

The indie-rock singer also announced a new single, set to drop on Friday; this will be his first since 2018’s “Out Loud,” and is potentially a part of a forthcoming record. 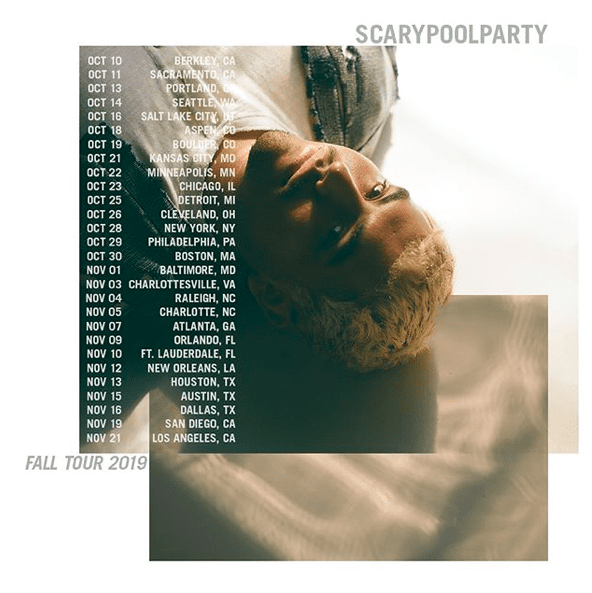