This year’s iHeartRadio Music Festival in Las Vegas is jam-packed with a solid lineup of A-list stars, promising headlining performances on the main stage from popstars Miley Cyrus, Camila Cabello, and Alicia Keys, hip-hop’s Chance the Rapper, and indie-rock artist Cage the Elephant.

Keys is a festival veteran, as she performed during the first-ever lineup in 2011 along with Jay-Z, Jennifer Lopez, and Lady Gaga. However, Miley Cyrus, who has announced her return to the music scene with the EP She Is Coming, will perform for the first time, followed by “Havana” singer Cabello and “‘Aint No Rest For the Wicked” band Cage the Elephant, both performing in support of new music.

Rock icons Def Leppard and Heart, indie-folk group Mumford & Sons, and rappers French Montana and Juice WRLD will take the stage, as well as country’s Tim McGraw, Zac Brown Band, Brett Young, and Old Dominion. Fans can expect hard-hitting performances from one of the top pop acts in the industry Halsey, who is soaring across the charts with smash-hits “Nightmare,” “Eastside,” and “Without Me,” as well as goth-pop rising star Billie Eilish, who just released her debut album. Lauv, FLETCHER, Monsta X, Bryce Vine, and H.E.R. are also slated to perform on the Daytime Stage, along with more acts set to be announced in the coming weeks.

Ryan Seacrest will host the show once again, which is set to run from September 20 to 21 at the T-Mobile Arena, promising “one-of-a-kind collaborations and surprise performances” during the two-day event. Fans who can’t make it will have the opportunity to view the show on CW Network for a special showing on October 2 and 3, along with an hour-long segment featuring the best parts of the event on September 29. Additionally, it will be broadcast live on iHeartRadio stations.

Visit Ticket Club to find tickets to the 2019 iHeartRadio Festival 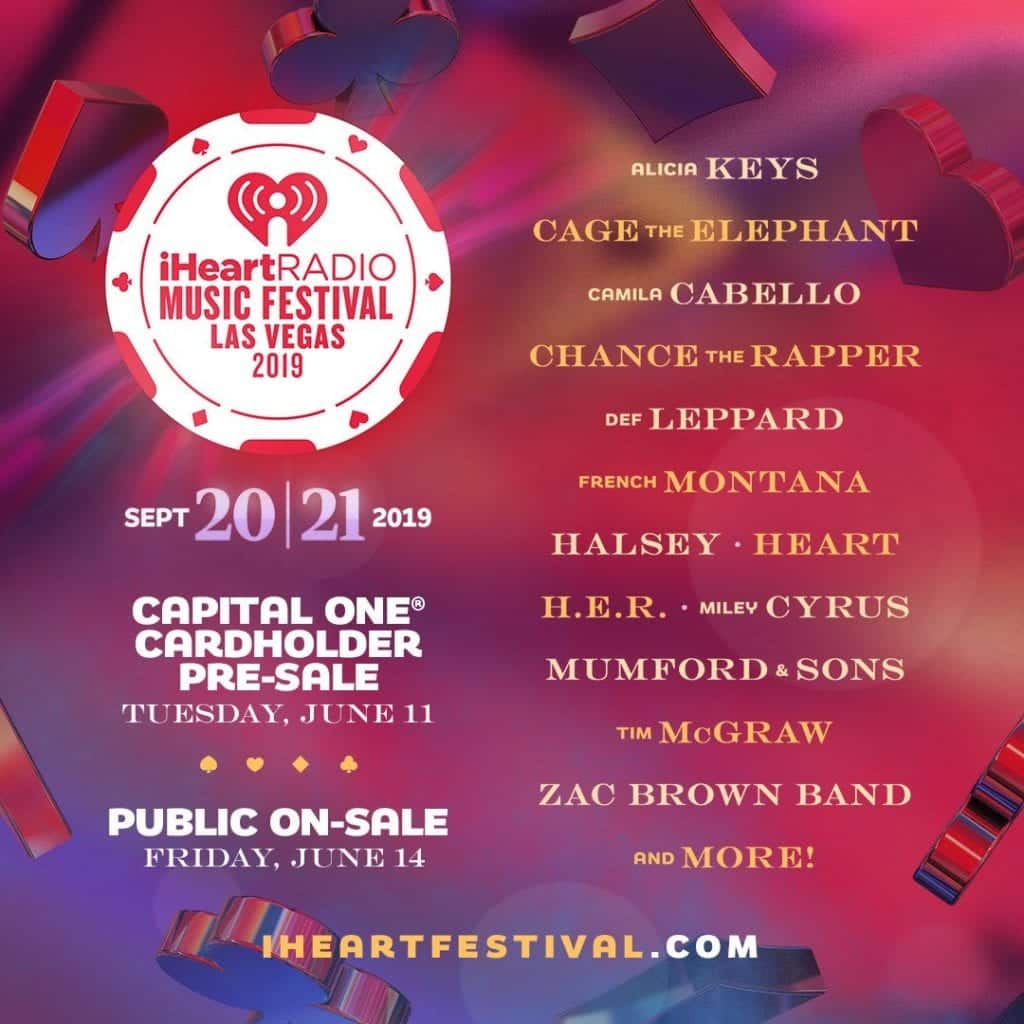 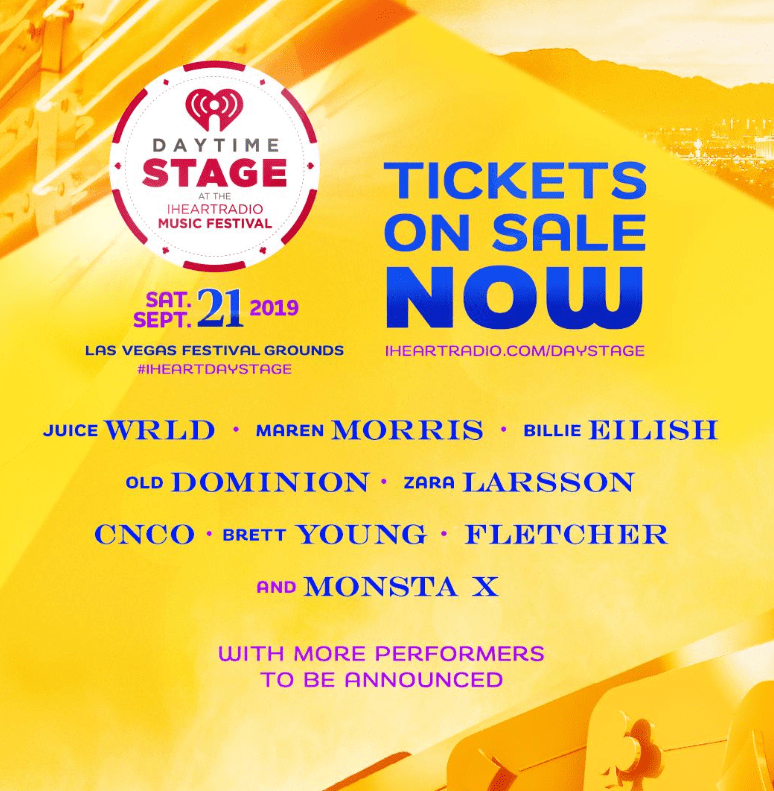