Andrew Dice Clay2 Comedy121 Politics9 Roseanne Barr2
Comedians are facing a lot of criticism in the world today and are openly called-out for speaking “out of line.” In an attempt to... 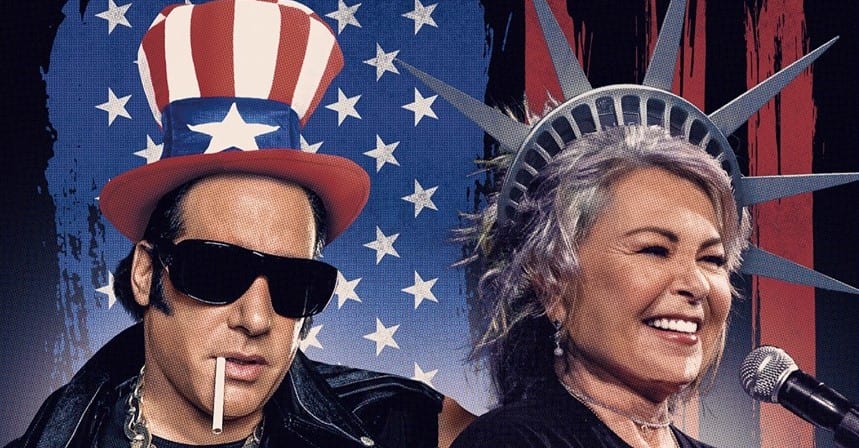 Comedians are facing a lot of criticism in the world today and are openly called-out for speaking “out of line.” In an attempt to still shine in the comedy world, Roseanne Barr and Andrew Dice Clay are teaming up for a joint tour.

The jaunt, dubbed “Mr. and Mrs. America,” is set to kick-off on September 19 at the Paramount Theater in Long Island, New York, followed by gigs at Atlantic City’s Hard Rock on September 20. Additional dates will be announced in the coming weeks, with tickets to the New Jersey and New York shows headed on sale next week.

Barr, 66, who was fired from ABC’s Roseanne reboot after she made a racist and Islamaphobic tweet, fits perfectly alongside Clay, 61, who was once banned from MTV for his offensive material. Clay told Fox News that he and Barr are “excited because we both don’t give a (expletive) what anybody thinks about anything.”

“America really needs to lighten up and not worry about the words comedians use because it’s all we have,” he said, noting that “there’s clean stuff and there’s street stuff. I’m a street guy because I tell it like it is.”

While Barr does not have the best reputation at the moment, often because of her outward support toward President Donald Trump, Clay believes that Barr is “original” like himself and people “shoould just stop reading twitter” and “calm down with your political converstions.”

“Whoever is running the country, nobody else’s life changes,” he said. “We still gotta go out there and make a living. Enjoy your family, enjoy your friends, bang your chicks and make your money.”