The hardcore punk-rockers of the original Misfits will get spooky this fall for a one-off show at New York City’s legendary Madison Square Garden.

The gig, which will take place on October 19, is dubbed as the band’s “hometown Halloween” show, since they formed in New Jersey and played some of their first shows in New York City. During the concert, The Misfits will be joined by special guests and punk legends of Rancid and The Damned.

This will be the group’s 12th show since reuniting in 2016, despite the fact that the band was only required to play a minimum of 10 shows according to a settlement between singer Glen Danzig and bassist Jerry Only regarding the band’s trademarks and profit. Prior to these reunion shows, the group hadn’t performed together in more than 30 years following their split in 1983.

They’re also set to perform a string of shows out west this fall, including gigs in Denver, Seattle, and Oakland this September. Additionally, they’ve been added to the Psycho Las Vegas festival after Megadeath had to back out due as frontman Dave Mustaine battles throat cancer.

However, Danzig told radio host Full Metal Jackie that these upcoming shows may be the last time fans could see the group perform live, noting that “we just want to make each event special” and “we’re not gonna do many more.” 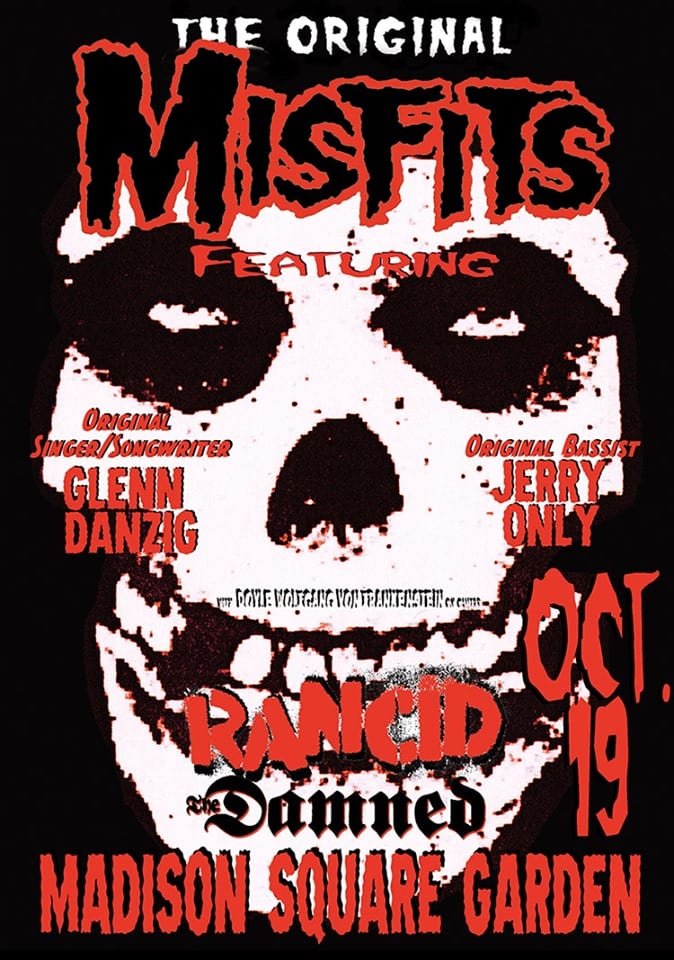