The show, which has previously been held in Los Angeles, Miami, and Atlanta, will take place from October 12 to 13 at Citi Field. Most notably, the legendary Staten Island-based Wu-Tang Clan will take the stage; the group has been a staple in the hip-hop community, with Rolling Stone calling them the “best rap group ever.” They will be joined by Scott, who has been making noise in the scene with “Sicko Mode” and just appeared during the Super Bowl LIII, as well as veteran rapper A$AP Rocky.

In addition to the NYC show, a Rolling Loud installment has been added for Oakland, California this fall with headlining sets from Migos, Future, and G-Eazy. Then, Hong Kong will host the festival in October, followed by an installment in Los Angeles this December. The fifth installment of Rolling Loud, held in its flagship in Miami this past May, featured performances from Cardi B, Migos, Lil Yachty, and Rae Sremmurd.

Tickets head on sale tomorrow, July 26. There will be no single-day passes for the NYC installment; general admission tickets are $249 plus fees and $499 plus fees for VIP.

Check out the full Rolling Loud NYC lineup below: 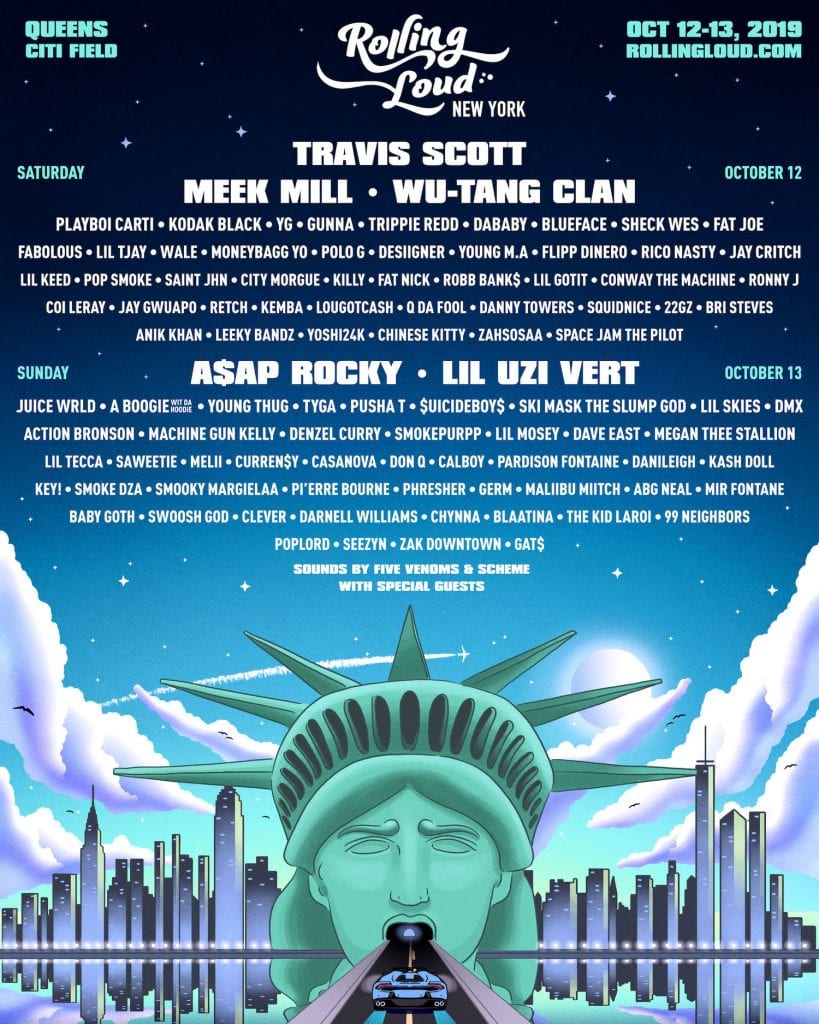