Tegan and Sara Announce Tour In Support of Forthcoming LP 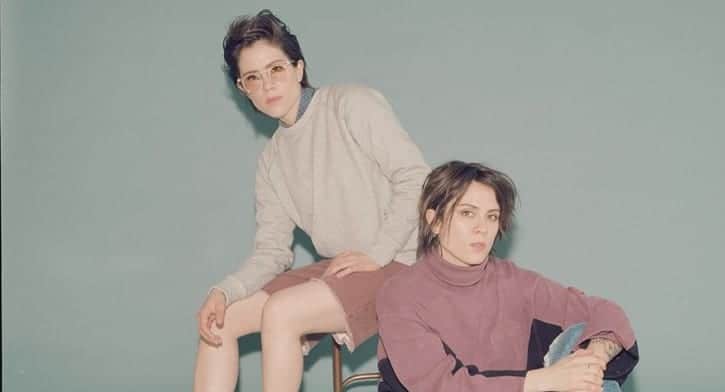 The dream-pop duo Tegan and Sara are heading on tour this fall, supporting their ninth studio record and new memoir.

The sisters will embark on the outing late September, kicking things off in Brooklyn. They’ll visit their home country in Canada for shows in Vancouver, Edmonton, Calgary, Winnipeg, Toronto, Ottawa, and Montreal during the trek. Throughout the run, the duo will play smaller venues like Boston’s Wilbur Theatre, the Variety Playhouse in Atlanta, and Los Angeles Orpheum Theatre before wrapping-up at Austin’s State Theatre.

These shows will be more intimate, with the sisters providing mostly acoustic sets without a backing band. During each gig, they’ll also read from their new memoir, “High School,” perform both old and new songs, and show home videos from their teenage years. Fans can receive a copy of “High School” with tickets purchased to select shows.

“We have so much in store for you,” the band said in a statement. “It’s going to be a super special evening that you don’t want to miss. We’ve been away from you all for nearly two years and can’t wait to see you.”

Hey, I’m Just Like You is due September 27. The record will include reworkings and updates of songs that the sisters wrote between ages 15 and 17. They are best-known for synth-pop, bubbly singles like Love You To Death‘s “Boyfriend” and So Jealous‘ “Where Does the Good Go?” and “Walking with a Ghost.”

Check out Tegan and Sara’s full list of upcoming tour dates below.