FIFA22 iran1 middle east1 Soccer95 Ticketing273 World71 World Cup9
Thousands of Iranian women finally have the chance attend a football match after FIFA ordered an end to the male-only policy this week. For... 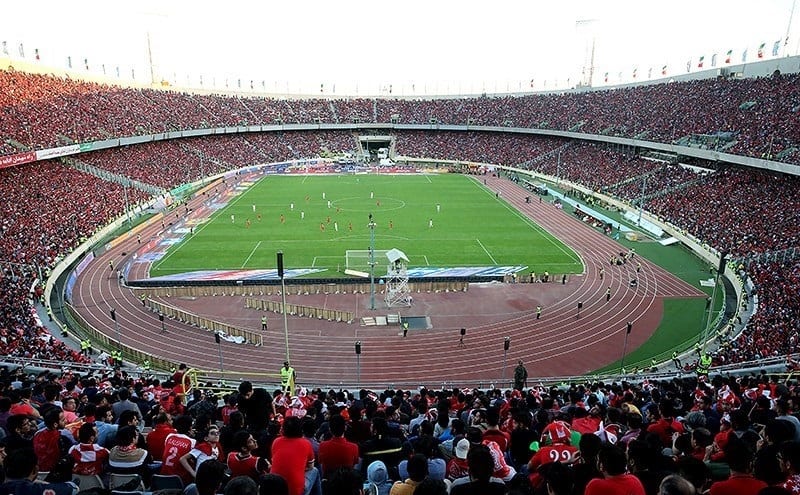 Thousands of Iranian women finally have the chance attend a football match after FIFA ordered an end to the male-only policy this week.

For around 40 years, female spectators have been unable to attend games due to the Islamic republic’s harsh rules that claims women must be shielded from the masculine game. However, after a fan disguised herself as a boy to attend a match and killed herself in fear of getting sentenced to jail, FIFA threatened to suspend the country over its controversial policy. The league ordered Iran to allow women access to the stadiums without restrictions.

When women were officially allowed to attend Irans 2020 World Cup qualifying game against Cambodia yesterday, the first batch of tickets reportedly sold out in less than an hour, the Telegraph reports. However, women who were unable to secure were still hoping to find a way to get into the game; some people were expected to travel from as far as Ahvaz to try and get a ticket. Those that were able to score a ticket were segregated from men and had 150 female police officers watch over the area.

One woman told the telegraph that she would “like there to be freedom for women, like men, to go freely and even sit sided by side without any restrictions, like other countries.”

The match against Cambodia took place last night at Tehran’s Azadi Stadium, with Iran winning 14-0. The team is set to take on Bahrain on Tuesday followed by Iraq next month. With the team exceeding in the league, its likely that more women will be able to attend matches in the future.