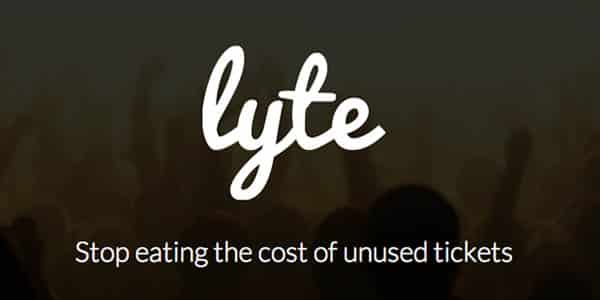 Industry376 lyte1 send tickets1 Ticketing273 transfer tickets2
The ticketing platform Lyte has introduced a new feature that allows ticket holders to decide where and who their tickets are sent to. Fans...

The ticketing platform Lyte has introduced a new feature that allows ticket holders to decide where and who their tickets are sent to.

Fans are able to sell or transfer their tickets directly to a friend or another fan through the Lyte Official Ticket Exchange in a safe way, since a new ticket with a new bar code is issued after the transfer. The original ticket holder is able to sell their ticket from their Lyte account in their order history. Then, after setting up a their PayPal email to receive payment, they will set a sale price and Lyte will create a link for them to share on social media or elsewhere online. The buyer can click on the link and purchase the ticket, should they choose.

During the process, both the ticket holder and the buyer are protected in the safe transaction, as the tickets aren’t released until both sides of the transaction is complete. Lyte founder and CEO Ant Taylor said that the company wanted to go above and beyond their notion of ticket returnability by making it easier for fans to sell or transfer their seats if they can no longer attend the event, noting that “the tickets don’t go to waste, so it’s a huge benefit to both fans and venues.”

“We won’t stop until zero fans have experienced fraud or fake tickets, until no seats are empty, and price gouging and other secondary market practices come to an end,” Taylor said in a press release. “We want to take the anxiety out of buying tickets. That’s why we’re here.”

Learn more about Lyte via Lyte.com.