Governors Ball is celebrating its 10th anniversary this summer. The festival, which “is built by New Yorkers, for New Yorkers,” aims to continue evolving and entertaining, offering art, food, experiences, community activities, and surprises during the three-day event. Fans can look forward to over 70 acts performing during the fest across four stages, as well as New York City favorite foods, visual art installations, and unannounced pop-up performances.

Three-day general admission and VIP packages are currently up-for-grabs, along with Ferry ride trips to and from the island.

See the full lineup below. 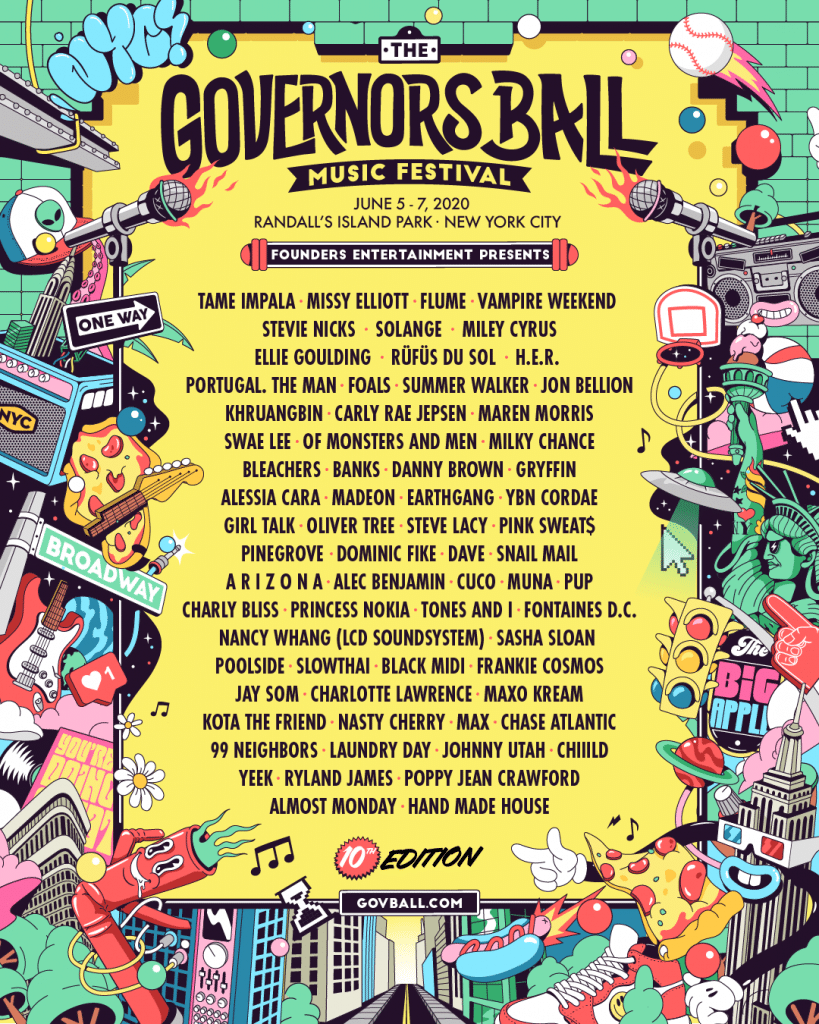