A new festival, fronted by Morrissey and Blondie, will head to Los Angeles this spring, bringing 80’s vibes back to the city.

The Cruel World Festival, set to take place on May 2nd at the Grounds at Dignity Health Sports Park, will feature artists from new wave, post-punk, and goth genres. Former Smiths frontman Morrissey will headline the event, along with 80’s punk icons Blondie, Bauhaus, and Devo. Echo and the Bunnymen, Psychedelic Furs, Violent Femmes, English Beat, and the Church will also take the stage, as well as Public Image Ltd., Gary Unman, Berlin, Marc Almond, She Wants Revenge, and Cold Cave. Goldenvoice, known for staging a handful of festivals like Coachella, Stagecoach, and Hangout, is presenting the event.

This is Morrissey’s first-announced gig of 2020; the singer just announced his new album, I am Not a Dog on a Chain, due March 20. Bauhaus, on the other hand, are currently touring after reuniting last year for the first time in 13 years. Additionally, Blondie will perform amid their own round of 2020 dates, including a previously-announced set at BottleRock in Napa.

See the full lineup below: 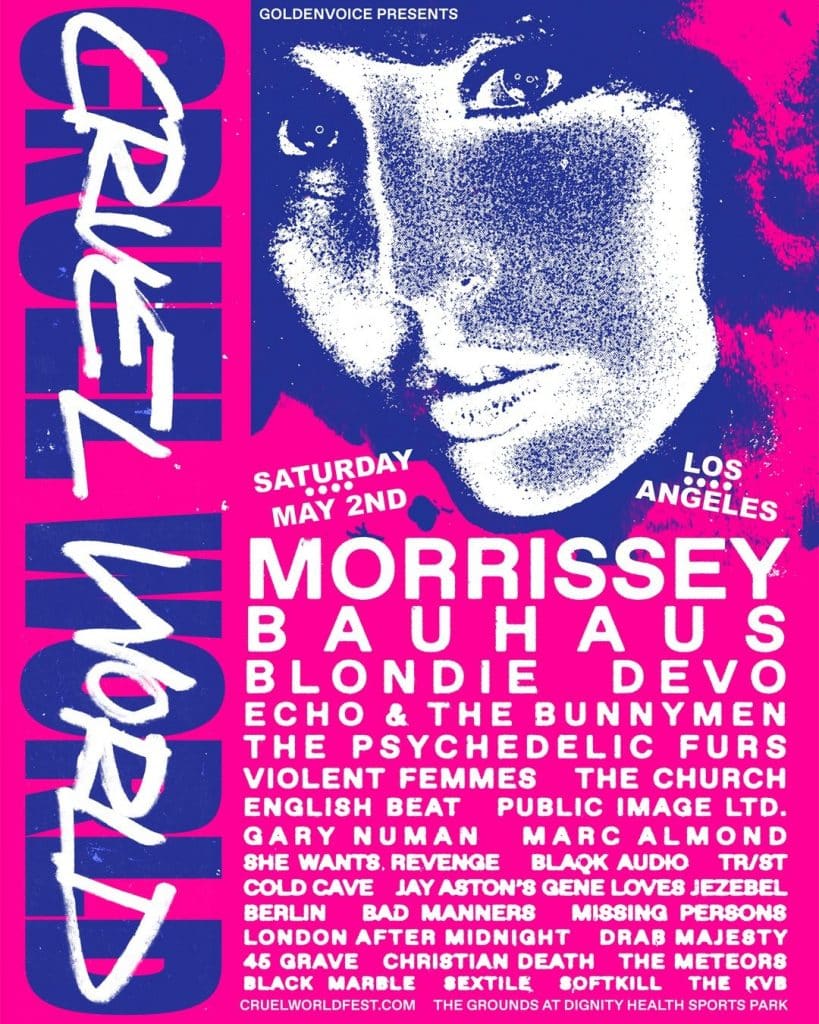