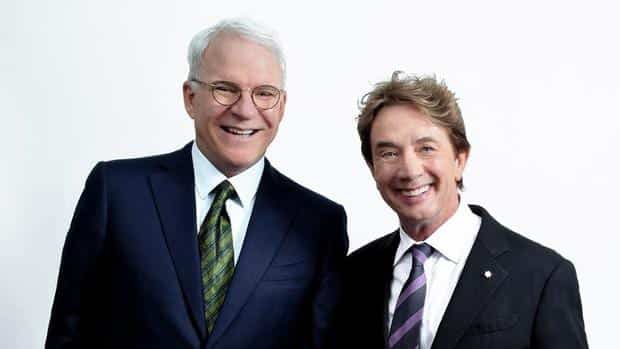 Steve Martin and Martin Short have a new comedy tour on the horizon. The longtime collaborative duo will set out on their latest outing, The Funniest Show in Town at the Moment, later this year.

The trek begins in Irvine, California on July 17 and stretches two months before wrapping at Atlanta’s Cadence Bank Amphitheatre. In that time, the pair will visit more than a dozen cities, including Fresno, Chicago, Madison, and Raleigh.

“The Funniest Show in Town at the Moment is a show that redefines the form in unexpected and profound ways, from two of the funniest, most influential and acclaimed talents of the past century,” organizers revealed in a statement. “Their humor is often subversive, but it is always a joyous self-deprecating romp from two comedy masters driven to make each other laugh as much as the audience. The jokes come at you at a rapid-fire pace with little set-up and big punch lines as they mock Hollywood and the fickle nature of celebrity, but the comedy truly soars when they lovingly (and relentlessly) roast each other.”

While the show promises plenty of laughs from the two comedy veterans, there will be musical elements as well. Martin’s bluegrass group Steep Canyon Rangers will appear in select cities, along with musicians Paul Shaffer, Jeff Babko, Alison Brown and Della Mae.

See the full list of Steve Martin and Martin Short tour dates below.