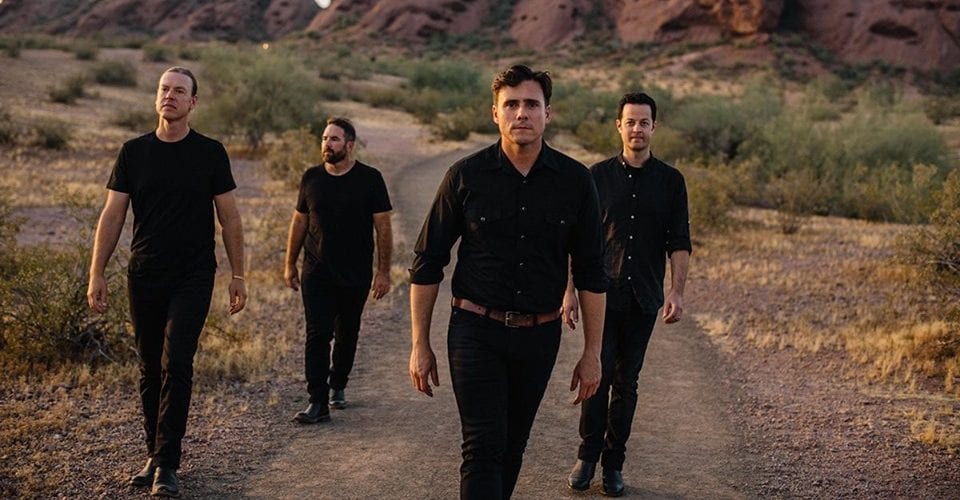 The rockers of Jimmy Eat World have announced a North American summer co-headlining trek with The Front Bottoms.

The “Criminal Energy” outing follows Jimmy Eat World’s several festival appearances, including Chain Fest in California, Lollapalooza Stockholm, Denmark’s Rosklide Festival, and Rock Werchter. The group will play a show to open the tour early August in Atlanta with Turnover, and from there, the remaining dates on tour will be co-headlined with indie-rockers of The Front Bottoms and opening support from Joyce Manor/Turnover, varying per show. They’ll stop in cities like New York, Baltimore, Boston, Minneapolis, Chicago, and Denver before wrapping-up in Phoenix, Arizona early September.

“Whether we’ve slept on your floor after the ’97 basement show or you’ve just recently heard about us, we will have something you’d be into catching Live,” Jimmy Eat World said of the new shows.

Jimmy Eat World will be touring in support of 2019’s LP Surviving; the record follows 2016’s Integrity Blues and Damage from 2013. The group is best-known for early 2000s hits like 2001’s Bleed American, which went Platinum in the U.S. for tracks like “The Middle” and “Sweetness,” followed by 2004’s Futures, known tracks for “Pain” and “Work.”

The Front Bottoms, who have steadily risen to fame in the indie-rock scene, last released the record Going Grey in 2017. They’ve garnered attention throughout the years with their breakthrough LP Talon of the Hawk, which features the smash-hit “Twin Size Mattress,” as well as tunes “Peach” and “Funny You Should Ask.”

See the full round of tour dates below.