Arlington3 AT&T Stadium11 Pro Bull Riders1
AT&T Stadium in Arlington was announced as the new location for the PBR World Finals, which are scheduled for November 12-15. The event had... 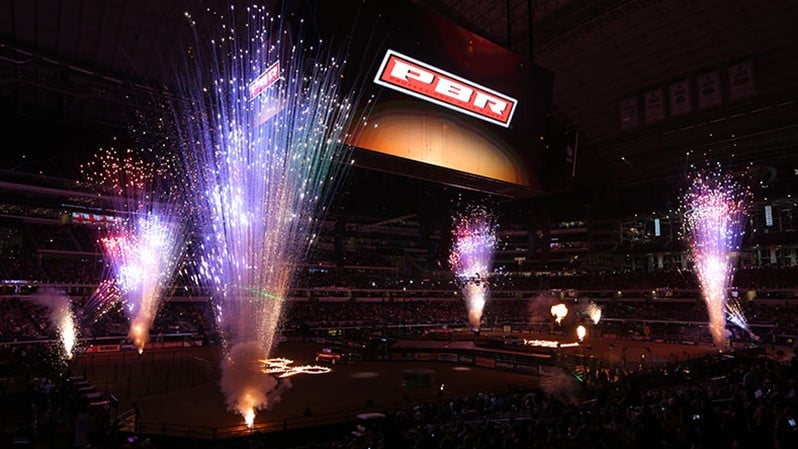 AT&T Stadium in Arlington was announced as the new location for the PBR World Finals, which are scheduled for November 12-15. The event had been scheduled to be held in Las Vegas in November, but government restrictions on event attendance due to the coronavirus caused event organizers to rethink their plans.

“The PBR World Finals, the biggest event in bull riding, will crown our next champion rider and bull in the NFL’s largest stadium in the heart of cowboy country, giving fans the sport they love in a comfortable, socially distanced environment,” said PBR Commissioner Sean Gleason. “We are very grateful to Gov. Abbott and the state of Texas, who moved at lightning speed to make this happen, as well as our partners in the city of Arlington, the Visitors Bureau, and AT&T Stadium for welcoming PBR and our loyal fans for championship week.”

The event is the second to announce a relocation from Nevada to Texas this month, following the National Finals Rodeo relocating to Globe Life Field – also in Arlington – from Las Vegas. Major League Baseball also opted to hold its National League Division Series and Championship Series games in Arlington and Houston, with the World Series at Globe Life as well and plans for fans to be in the stands.

AT&T Stadium has already managed events with large crowds and social distancing guidelines in place, as the Cowboys saw over 21,000 attend their home opener last week. The number is dramatically below the 90,000 average the team generally brings to its home, but was by a wide margin the highest crowd to date in the NFL. The experience of hosting those games is expected to play a large role in their preparation for the PBR event.

“When we heard about the potential opportunity to host PBR World Finals, we immediately began discussions to figure out a way to host this event,” said Dallas Cowboys Chief Operating Officer Stephen Jones. “We have an incredible relationship with PBR since the opening of our stadium and we’re as excited as ever to extend that relationship by providing a safe stadium environment for them to feature their sport once again.”

The PBR Global Cup, which was to be held at AT&T Stadium in 2021, will be relocated to Las Vegas with a planned spring date.