J Balvin22 Lizzo23 Outside Lands3 Tame Impala26 the Creator3 The Strokes11 Tyler3 Vampire Weekend10
Outside Lands, which bills itself as the largest independent music festival in the country, has announced its return for October 29-31 2021, touting “the...

Outside Lands, which bills itself as the largest independent music festival in the country, has announced its return for October 29-31 2021, touting “the event’s spookiest year on record.” The event takes place at San Francisco’s Golden Gate Park.

The festival saw both 3-day and single-day passes sell out rapidly upon their being made available late last week, due to the limited quantity up for grabs after tickets had been rolled over from the cancelled 2020 events and earlier purchasing opportunities that had been open for the 2021 edition’s originally planned August date. Those who purchased tickets and wanted to hang on to them were able to simply roll them into the October timeline, or request a refund. As of May 5, the only available passes from the primary marketplace are VIP-level “Golden Gate Club” tickets that come in at a staggering $3,995 face value plus fees.

Headlining acts on the “spooky” edition of Outside Lands include The Strokes and Tyler, The Creator leading the Friday slate, with Lizzo and Vampire Weekend anchoring Saturday and Tame Impala and J Balvin closing out on Sunday. Other highlights include Rufus Du Sol, Kehlani, Glass Animals, Zhu, Young Thugs, Khruangbin, Brittany Howard, Nelly, and many more. All told, the event lists more than 75 acts to perform.

Festival capacity is likely to be a moving target as reopening efforts continue. California has already begun allowing crowds in larger numbers for live events, but how things will look by October is anybody’s guess.

“The health and safety of the Outside Lands and San Francisco communities remains our top priority,” reads a statement on the Health & Safety portion of the Outside Lands website. “We are working closely with local and state officials to create the safest festival experience possible. The shift in dates allows us to work collectively to determine any new safety procedures necessary to implement during the festival weekend. As protocols continue to evolve rapidly regarding public gatherings, our guidance for best practices to be followed at the festival are also evolving. Once final protocols are established, we will post all requirements for fans to adhere to prior to the festival dates on our website.

Details about the full lineup and individual performers on the schedule are available at https://www.sfoutsidelands.com/lineup/#/ 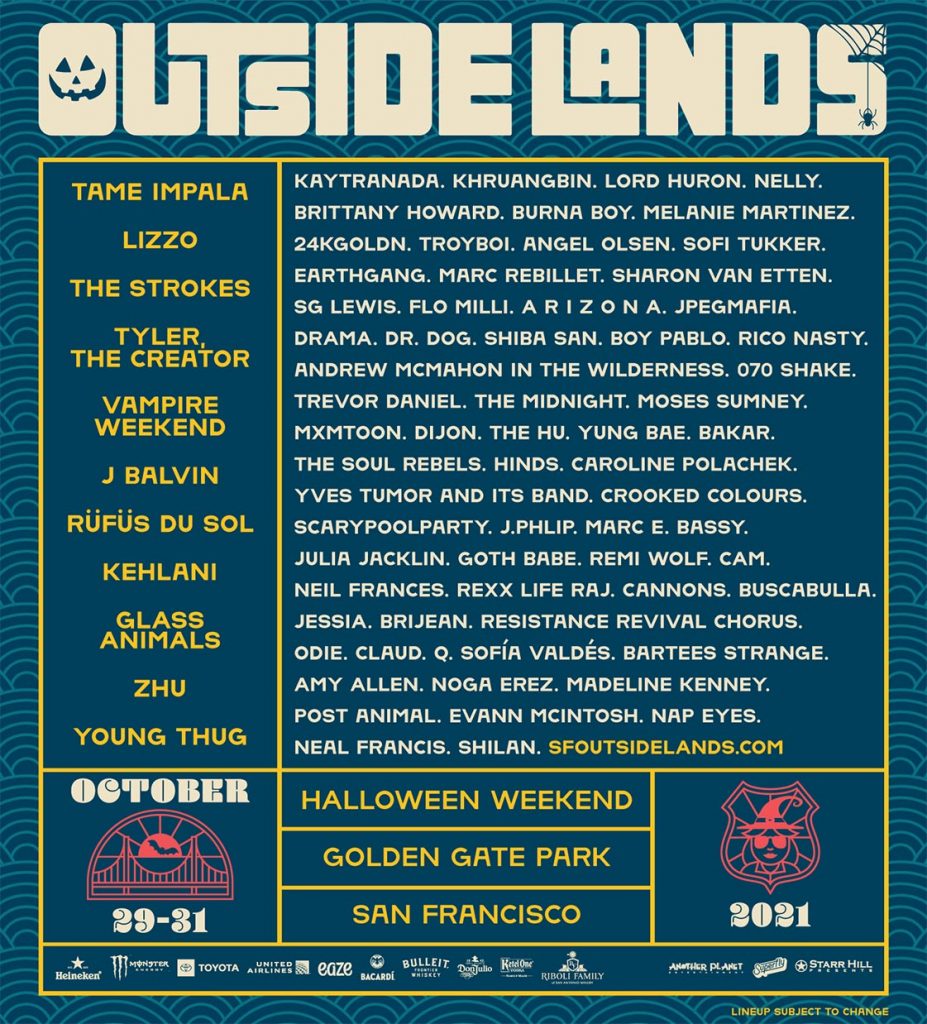