Machine Gun Kelly14
Rap music enthusiasts can start celebrating as one of the biggest rap artists in town is about to set the stage on fire this...

Rap music enthusiasts can start celebrating as one of the biggest rap artists in town is about to set the stage on fire this fall! If you haven’t been to a Machine Gun Kelly, it’s time you did, to witness the thrill of being in a rap music concert! Check online to find Machine Gun Kelly tickets for all concerts so you don’t miss out on all the action.

He will be performing live in many cities across the US. So you don’t have to worry about not getting to see this talented artist in person. If you don’t know where to find the best tickets at the best prices, we are here to help you find them! With the Machine Gun Kelly tour coming near, you can even anticipate a Machine Gun Kelly meet and greet in and around your city.

Colson Baker, known by the stage name Machine Gun Kelly, is a rapper, singer, actor, and songwriter of American descent. He got the name due to his rapid-fire rapping style and is known for blending hip hop, rock, and contemporary elements in his music.

Before signing records (with Bad Boy Records), Machine Gun Kelly released mixtapes between the years 2007 and 2010. He gained recognition when Bad Boy Records and Sean Combs saw his YouTube videos. What makes Machine Gun Kelly different is that he has a unique style and does not sound like other rappers. He cites his influencers to be Eminem, Ludacris, and DMX.

In 2012, MGK released his first studio album titled, Lace Up, which hit the 4th position on the 200 chart. It spawned the hit song “Wild Boy,” where he featured Waka Flocka Flame. Machine Gun Kelly’s second and third studio albums, General Admission and Bloom, were released in 2015 and 2017, respectively. Both were commercially successful too. Bloom contained the hit single “Bad Things,” which he did in collaboration with Camila Cabello and reached the top 4 on the Billboard Hot 100. You can hear more of rap-rock in his fourth studio album, Hotel Diablo, released in 2019. 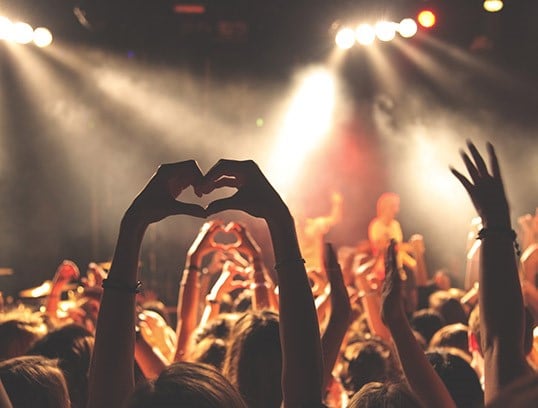 Machine Gun Kelly showed his transition from hip hop to pop-punk through his fifth studio album, Tickets to My Downfall, in 2020. It was the only album in the rock genre to debut at number one that year on the Billboard charts. Its single “My Ex’s Best Friend,” also reached the No.21 Billboard Hot 100 chart.

MGK has five studio albums, 68 music videos, 31 singles, eight mixtapes, eight feature singles, 30 guest appearances, and two EPs to his name. To date, the rapper has sold more than 20 million records around the globe. Some of his most listened-to tracks are “Bad Things,” “Rap Devil,” “Forget Me Too,” “Till I Die,” “Let You Go,” and “Glass House,” among many others.

If you want to buy cheap Machine Gun Kelly tickets, they are right here for sale at our given sites. You wouldn’t have to go anywhere else to buy the tickets at the best price as we have the best options for you.

Machine Gun Kelly was born Richard Colson Baker on April 22, 1990, in Houston, Texas. As his parents were missionaries, they traveled across the country and also abroad to Germany and Egypt. Baker and his father finally settled down in Denver at his aunt’s place after his mother left them. He had a rough childhood as on top of their parent’s broken marriage, his father suffered from unemployment and depression. On the other hand, he was facing bullies in school.

Machine Gun Kelly found interest in rap music and started listening to it since he was in the 6th grade. He grew up listening mostly to Ludacris, DMX, and Eminem. He started recording his own music in his “Rage Cage,” which was his home studio. MGK pretty much started his musical journey on his own before finally getting recognition and signing a record deal with Bad Boys Records.

In the past years, Machine Gun Kelly performed in cities like Los Angeles, CA; Jacksonville, FL; San Diego, CA; Salem, Oregon; Seattle, WA; Kansas City, MI; and many others. He shared the stage with several other artists, including Young Thug, Polo G, YBN Nahmir, The 1975, and Fall Out Boys.

This time, he is ready to perform in various cities across the United States like Minneapolis, MN; West Springfield, MA; Cincinnati, OH; Bonner Springs, KS, Los Angeles, CA; Pittsburg, PA; and Cleveland, OH. So if you live in and around these cities, make sure to attend his concerts this year by grabbing your Machine Gun Kelly tickets soon. You can check the entire tour schedule to find out all the places the singer-rapper will be performing in.

Machine Gun Kelly announced that he would be featuring supporting artists like JXDN, Caroles Daughter, and Kenny Hoopla on his upcoming Tickets to My Downfall US Tour. So we guarantee that you will have one of the best concerts!

The artist has collaborated with several artists, including RJMrLA, Camila Cabello, Blackbear, Wiz Khalifa, French Montana, and more. Get ready to hear your favorite Machine Gun Kelly songs live at his upcoming tour concerts. You can learn all about the tour from our recommended websites now to keep track of the schedule.

Machine Gun Kelly’s backing band comprises AJ Tyus on the guitar, Steve “Baze” Basil on the bass and keyboard, JP “Rook” Cappelletty and Travis Barker on the drums, and Brandon “Slimxx” Allen on the keys and backing vocals. While MGK is most popular for his impressive rapping, he can play the guitar, drums, and keyboards too. So get hold of the best Machine Gun Kelly tickets to witness this incredible talent live.

How much are Machine Gun Kelly Tickets?

Regardless of how much you want to spend, our recommended sites have tickets that can fit all budgets. Machine Gun Kelly ticket price ranges start from $63, while the upper price is $335. So feel free to explore your options at the sites for the upcoming Machine Gun Kelly tour.

Are you trying to get into a Machine Gun Kelly concert spending the least possible amount of money? Worry not! We have sites for you to visit and find the best yet the least-expensive Machine Gun Kelly tickets easily. You can look up any one of them to find the most suitable tickets for you.

Yes, Machine Gun Kelly is set to tour this 2021 fall. As he prepares for his Tickets to My Downfall US Tour, we suggest you get ready too! We mean, get ready for having the most amazing concert of your life! You can now hear your favorite tracks performed live.

Where Can I See Machine Gun Kelly in Concert?

If you’re wondering where Machine Gun Kelly will be performing this upcoming tour and whether you will get to see him, we have the entire schedule for you. You can check out our given sites to know whether he is performing in your city. Some of the cities are Salt Lake City, Denver, Phoenix, Dallas, and Sacramento.

When Do Machine Gun Kelly Tickets Go on Sale?

Your wait is finally over as MGK tours are live now! Go ahead and book your favorite seats to your nearest Machine Gun Kelly concert as the tickets are on sale. Since we have the cheapest options, you wouldn’t need to waste time checking anywhere else!

Who is the Opening Act for Machine Gun Kelly?

Machine Gun Kelly announced that he would be featuring artists like JXDN, Kenny Hoopla, and Caroles Daughter at his upcoming tour. However, they might not perform in all the concerts. Announcements on the opening acts are not out yet, so all we can do is wait and hope for artists as energetic as he!

How Long is a Machine Gun Kelly Concert?

With setlists containing his greatest hits and some phenomenal collaborations, Machine Gun Kelly concerts usually last for more than two hours. So you can expect the upcoming tour to last about the same time. No matter how long the concert, his performance, and crowd involvement always make the whole show interesting.

Machine Gun Kelly currently isn’t on tour now, but he will soon be this year. You can find out all the details and information about his Tickets to My Downfall Tour through us. With a multitude of fans awaiting this tour, we are sure it is going to be a commercial success!