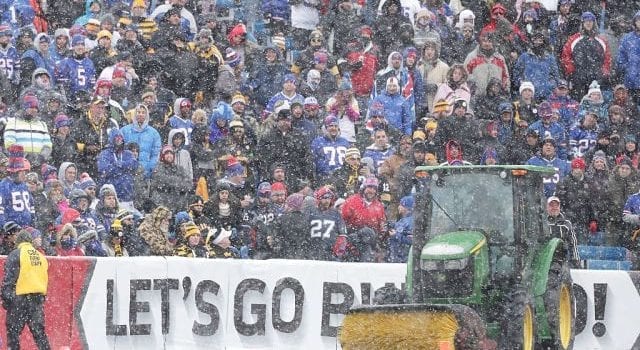 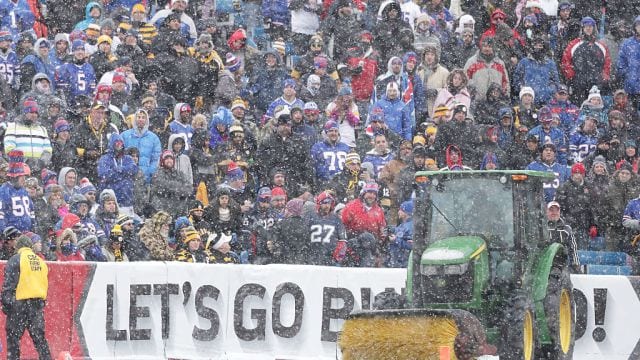 More than 700 Buffalo Bills fans took advantage of a limited window the team allowed to cancel their season tickets, forfeiting their rights to the seats for good after team and local officials decided to require all attending games to be fully vaccinated against COVID-19 by the middle of the current season. A total of 762 tickets were cancelled and refunded, according to media reports.

Fans who chose to opt out for the season did so at a steep cost – they forfeited their season tickets entirely in exchange for the refund, and lost any seniority in the process. That means that in order to return to being season ticket members going forward, they will be at the back of the line.

With case numbers rising, New York officials decided to mandate vaccinations for all who attended games at Highmark Stadium (while other area venues and franchises made similar announcements). Unlike many other event organizers, the western New York franchises decided against offering an alternate of providing a recent negative COVID-19 screening for entry. Single-game ticket purchasers were not given any choice in the matter, but season ticket holders were given a narrow window to cancel their orders if they so chose. Anyone attending a game in Buffalo must have had at least their first dose of a COVID vaccination by Sunday’s game against Washington, and must have the second shot done no later than the home game on October 31.

Numerous consumers in New York have been put into a bind by the decision by local authorities and teams to go vaccination or nothing. In the Bills’ fans example, they could get a refund but be penalized. In at least some event instances, consumers were stuck with no options at all – mobile-only tickets where resale and transfer rights were shut down by event organizers, meaning they could either get vaccinated, or forfeit whatever price they paid on the tickets with no way of selling or giving them away based on the restrictive ticketing system put in place by the event organizers.

At the beginning of the week, a spokesperson for the Erie County District Attorney’s office told TicketNews that they were looking into whether or not such restrictions were in violation of New York state law (which has specific consumer protections against only allowing paperless ticketing options that can be restricted in this fashion). But by mid-week, they followed up to report that any enforcement on the Arts & Culture statute that governs event ticketing and resale in the state must come from the Attorney General’s office, which has not responded to requests for comment on the matter.

For the Las Vegas Raiders, approximately 700 season ticket members holding a total of approximately 1,800 tickets requested either a refund or to roll their ticket purchase over into 2022 following the announcement of a similar vaccination-only policy for Allegiant Stadium this fall, due to Nevada making vaccinations a necessity for such an event. The key difference is that those wished were able to roll their tickets into next year rather than give them up entirely as the Bills fans had to.

Two other NFL franchises – New Orleans and Seattle – are requiring proof of vaccination to attend home games at this time, but both offer a test-out alternative.