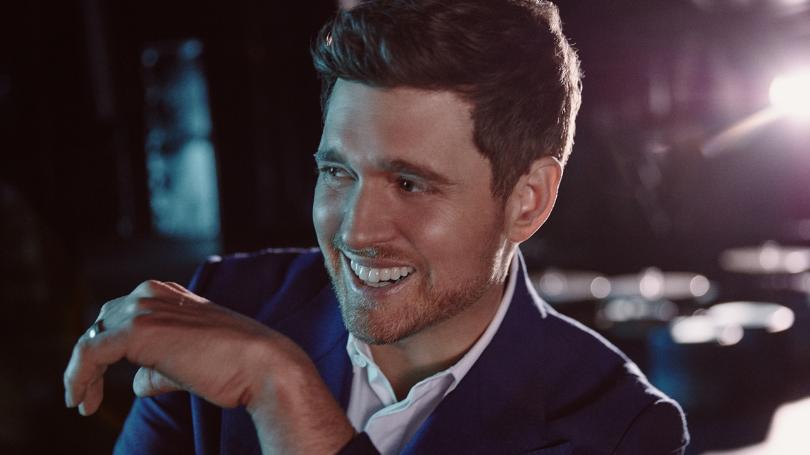 Michael Bublé will be on the road throughout the U.S. from late summer and into fall, supporting his new album Higher, released in late March. The dates will bring him to arenas from coast-to-coast, following a summer run of outdoor performances in the UK.

Believe it or not, they were even more excited when I started my PowerPoint presentation. #highertour

Tickets for the U.S. dates of the ‘HIGHER’ Tour are on sale Fri. 5/6 10am local. Details at https://t.co/I18vmhXeVq pic.twitter.com/WSmtNtqbL9

Tickets for Michael Bublé’s Higher Tour are on sale this week, available for the general public beginning on Friday, April 6. Presale tickets for the run began on Tuesday for members of the singer’s fan club, with additional opportunities opening throughout the week based on venue and promoter lists.

The singer just got back to performances in Las Vegas, and has three more to go at The Theatre at Resorts World before hitting the road. His summer will begin with outdoor shows in the UK, swinging back to this side of the Atlantic in August. His Higher Tour kicks off on August 8 with a stop at Gas South Arena in Duluth, Georgia and continues across the country for more than two months before wrapping at Buffalo’s Keybank Center on October 11. In between, he’ll perform at venues including Amalie Arena (Tampa), Madison Square Garden (New York), T-Mobile Center (Kansas City), Moody Center (Austin), Crypto.com Arena (Los Angeles),and Little Caesars Arena (Detroit).

Following his U.S. dates, the Higher Tour will continue through the fall with shows in South America and then head west for shows in Australia. Details on Michael Bublé’s summer and early fall shows are below, including links to ticket purchase options.