AEG Presents announced that longtime ticketing executive Melissa Ormond has been named Chief Operating Officer of Goldenvoice, serving in that role in addition to her current one as COO of AEG Presents. The Goldenvoice role will put her in charge of day-to-day operations of the Los Angeles-based promotional company’s concerts, festivals, and venues, as well as strategic growth initiatives. 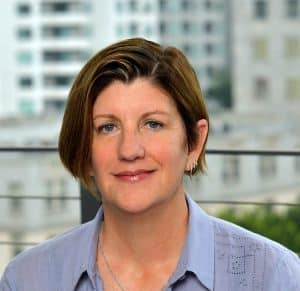 “Goldenvoice has an extraordinary history…the name itself has become synonymous with a curation of live experiences on the West Coast that’s unmatched,” added AEG Presents Chairman and CEO Jay Marciano. “I am thrilled to be working directly with the company across the entire business and helping the Goldenvoice team guide its exciting future.”

Ormond has been with AEG Presents since 2017. Prior to that, she has worked as President of Madison Square Garden Entertainment, and leadership with House of Blues Entertainment, Delsener/Slater Enterprises, and the 9:30 Club/I.M.P., Inc. Over the course of her career Ormond has garnered numerous awards and accolades, including such honors as being named to Billboard Magazine’s Power 100 four times (most recently in 2021) and recognized as one of Billboard’s Women in Music in 2010, 2012, 2013, and 2019. She’s also a five-time winner of Pollstar’s Talent Buyer of the Year award, as well as the recipient of Pollstar’s Nightclub Talent Buyer of the Year prize. In addition, Ormond has served on the board of directors for the T.J. Martell Foundation and Homeboy Industries.

The full release announcing the promotion is available at AEG’s website.