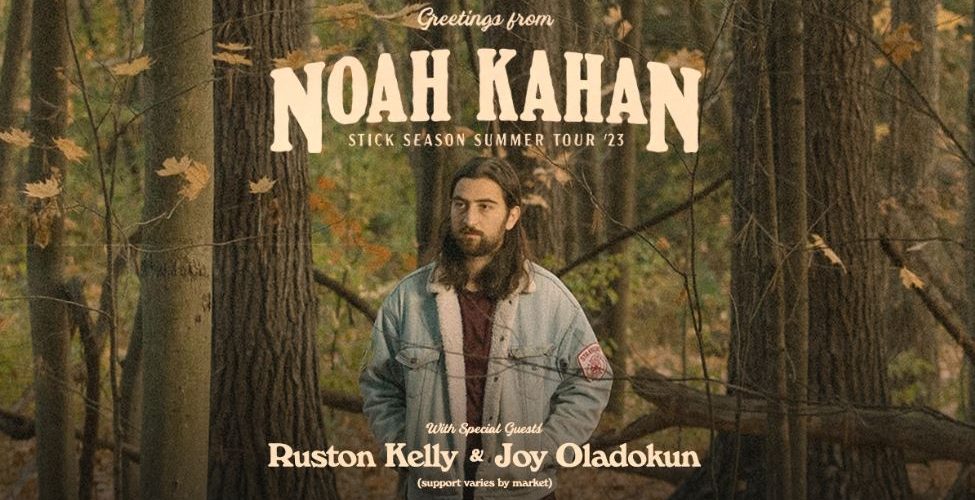 Noah Kahan announced plans for an extended run of shows in 2023, bringing Stick Season tour dates well into the summer and early fall of 2023 after initially selling out a early-year run. The singer-songwriter will be supported on the tour by Ruston Kelly and Joy Oladokun along the way.

Stick Season will be in full swing through summer 2023. I thought I would have something beautiful and intelligent to say about playing venues like these but I’m at a loss for words, so I’ll just say this: Holy fucking shit! https://t.co/YQqChA9vLd pic.twitter.com/EMqcno35DG

The Live Nation-produced touring run begins with a January 27 performance at Houston’s White Oak Music Hall, with dates through a February 17-18 stand at Denver’s Mission Ballroom having already gone on sale earlier. The new dates begin with a May 26 show at ARTPARK Amphitheater in Lewiston, NY and run through a September 17 show at RBC Echo Beach in Toronto. Stops in between include shows at Radio City Music Hall in New York, Washington D.C.’s The Anthem, Atlanta’s Coca-Cola Roxy, Arizona Financial Theatre in Phoenix, and LA’s Greek Theatre.

Stick Season tour dates are in support of the Vermont singer/songwriter’s album Stick Season, which debuted at No. 14 in the Billboard 200 chart.

Those who hope to score tickets for the Stick Season tour will need to go through the process of pre-registering for Ticketmaster’s Verified Fan program, which has become extraordinarily controversial for high-profile flops like the Taylor Swift Eras Tour debacle. The system requires users to enter what amounts to a “lottery” to be granted access to the presale, while their user data is simultaneously fodder for the surge “dynamic” ticket pricing systems at moments of high traffic (such as a restricted presale).

Fans can sign up for Verified Fan, which has its presale beginning on December 14, followed by a general sale beginning December 16. Links to ticket resale marketplaces and full tour details are included below:

^ with Joy Oladokun
# with Ruston Kelly