Keb’ Mo’ (Kevin Moore) is a blues singer, guitarist and songwriter born October 3, 1951 in Los Angeles, California. He began his career playing the steel drums and upright bass in a calypso band and then moved on to play a variety of blues and backup bands throughout the 1970s and 80s. Out of his eleven released albums, “Just Like You” (1996), “Slow Down” (1998), and “Keep It Simple” (2004) won the Grammy Award for Best Contemporary Blues Album.

Outside of music, Keb’ Mo’ also worked in film, playing Robert Johnson in the documentary, “Can’t You Hear the Wind Howl?” as well as playing in a few episodes of the series “Touched By an Angel”. His most recent performances were at the January 2007 Sundance Film Festival, and his movie role of the mischievous spirit Possum in the 2007 movie Honeydripper. 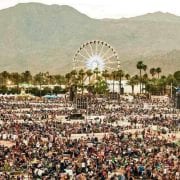 While summer may just be ending, plans for 2023 are already well underway for festivals, and Stagecoach just announced its main slate of performers for the spring 2023 edition of the popular country-themed event in Southern California. Luke Bryan, Kane Brown, and Chris Stapleton will each headline one of... END_OF_DOCUMENT_TOKEN_TO_BE_REPLACED