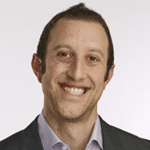 As a seasoned ticketing and live event industry leader, Michael Katz leads StubHub’s B2B strategy, managing the company’s relationships with professional sellers and brokers. In his role, he is also the general manager of StubHub’s Ticket Utils program, which launched in 2016, as an innovative tech solution to drive additional growth in the category, offering the industry’s best seller tools and data for StubHub’s professional suppliers.

With programs like Ticket Utils, Katz oversees the management and growth of StubHub’s professional selling merchants population in the U.S. His team is responsible for managing and expanding StubHub’s quantity and quality of ticketing supply, which includes major global events, including the Super Bowl, World Series, NCAA Final Four and headline concert tours, among several others. With a focus on serving StubHub’s customers – both buyers and sellers – his expertise is in optimizing the experience for major merchants and partners.

Katz earned his bachelor’s from the University of California, Los Angeles and offices from StubHub’s downtown LA headquarters.

Visit the Ticket Summit website to learn about the full lineup of speakers for the 2017 event.