Football176 Manchester City8 Soccer95 ticket exchanges1
When teams and venues rail against secondary ticket marketplaces, they usually trot out the excuse that they are trying to protect their fans from...

When teams and venues rail against secondary ticket marketplaces, they usually trot out the excuse that they are trying to protect their fans from being taken advantage of by scalpers and other associated ne’er do wells.

Manchester City doesn’t have that excuse, but it isn’t stopping them from trying to shut out a fan-run exchange, per ITV.

City Face Value Tickets is a face value-capped exchange on Facebook, run by a lifelong fan named Darren Clarke. It had 13,000 members before the team had it killed on the grounds it was infringing on team copyrights by using official logos and name. It was brought back and is back to 9,000 followers, but the team is once again trying to put it down.

Daz claims he was summoned for a meeting with club bosses where he says they told him it contravened club rules and that ‘there would be consequences’ if it wasn’t, though these were not specified.

But Daz, who insists he makes no money from the group, is refusing to close saying he believes he is doing fans and the club a service by allowing spare tickets to be used and filling seats that would be otherwise be left empty.

Why would the team want to shut down an exchange where fans connect and move seats around to other supporters of the team? Because it’s a competitor to the team-run exchange, of course.

Manchester City’s exchange allows fans to post tickets for sale, where any sales are held by the team for several months (and are never paid out, only taken as discounts against the following season’s ticket costs). In effect, it keeps any money on resale in the team’s bank account forever (not to mention disincentivizes non-renewal of season tickets).

The team’s official position is that external exchanges offer no consumer protections, and lead to increased security issues for higher profile games. In reality, however, it’s just a method of controlling every aspect of the ticketing process, and creating a walled garden where money comes in and never goes out. 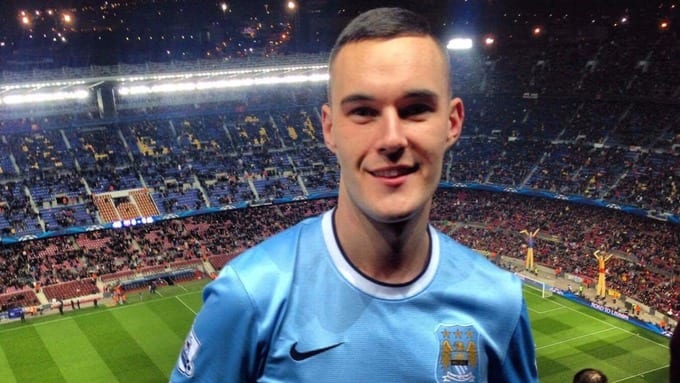 “I just think it’s really heavy-handed, Daz told ITV. “It’s a really popular group. We’ve sold thousands and thousands of tickets over the past few years without any issues.

“Nearly everyone is on Facebook these days and it’s a really easy and quick way for people to sell tickets.

“On the official exchange they are not seeing the money for months. “It’s just frustrating. We feel like we’re helping. I don’t make a penny from it, its just a way to help fellow Blues.

“We hear constantly from our red neighbours and others about empty seats and we’re doing our bit to try and make sure spare seats are used but the club don’t like it.”