Fred Maglione has been in the ticketing industry since the early 1970s, starting out behind a ticket window in Philadelphia and working his way to the very top of the industry, most recently helping guide TopTix before its recent acquisition by SeatGeek.

Now, he is re-opening his consulting business and offering his expertise to the world at large. We caught up with Mr. Maglione this week to discuss where he’s been, where he’s looking to go, and what he sees on the horizon in the business that he’s spent a life building.

Learn more about him at FredMaglione.com

What was the inspiration to get back into the consulting business?

At this stage of my career, it makes a lot more sense to be an advisory to companies as opposed to coming in and running one and having a staff reporting to me. I had a few months to think about things once we knew the TopTix/SeatGeek deal was going through, and it just made sense for me to go in this direction.

What kind of clients are you looking to work with?

My background has been in live, facility-based entertainment for over 40 years. From theaters to sports teams, I’ve specialized in working with organizations that sell goods and services to that industry. Whether it’s a startup looking to raise funds, or an established company that has plateaued and is looking for that next step, that’s where I think I can help.

There’s consolidation happening right now in the industry, and a lot more to come. There are plenty of companies in that ‘long tail’ that are going to be trying to move up market, and they are going to need advice on how to do that efficiently.

What, if anything, would you say is your specialty?

I’m not an engineer. I’m more versed in business and operations, and finance. I started my career in a window selling tickets, and I’ve gone from there. I’ve helped a number of companies raise funds and develop in the marketplace, and that’s really what I’ve been evolved into being pretty good at.

You do have a pretty diverse resume. What value do you think that brings to your business (and clients)?

Ultimately, I think I can help them not make the same kinds of mistakes I’ve made over the years.

I’ve seen a lot of the industry grow and converge through acquisition. In the ‘90s, I was at a company called Select Technologies and in Corporate Development, helping raise funds and find partners. We were in the process of selling the business to AOL.com, but when Tickets.com went public we went with them , and I headed over to TDC and ran International and assisted with Corporate Development. 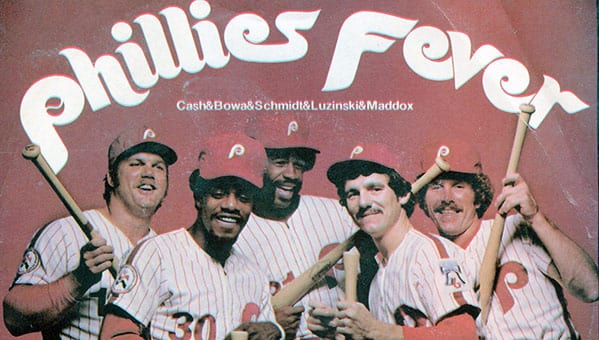 When you were starting out, would you have envisioned where your career has taken you?

No, where I am now is worlds apart from where I started. I got into it selling tickets for a WHL hockey team, then a job with the Phillies that summer, and then to a theater, and then to the 76ers. Our ticket supplier came to me and said “why don’t you leave the team and come work for us – we’re about to buy a computer ticket company out of bankruptcy.” That company was Select-A-Seat. But six months later, the company I was working for was sold and the new owners didn’t want our division, so we all mortgaged our houses and we bought it from them. That’s how I got thrust into being an entrepreneur.

And that’s where I’ve been ever since.

If there was one key lesson you’d learned in your career, what might that be?

You have to be open to new ideas, concepts, new technology. You can’t accept the status quo. As a business owner or entrepreneur, things are constantly changing. If you’re running your business the way you ran it in the past, the world (and your competition) are passing you by.

That’s what I always preach to my clients and staff. You have to keep evolving.

What do you think the most important thing for individuals in the ticketing world to be mindful of as we approach 2018 and beyond?

I think the concept of exclusivity is dated. I believe strongly in the model of open enterprise, where any retailer can sell your product. It’s no different than most travel companies or being able to go to an ATM regardless of which bank you use.

Ticketing in the United States is strange in that everything is so exclusive. Companies like Ticketmaster, Tickets.com, Paciolan, etc. lock partners in, but I think that has to change. You’re starting to see the chinks in the armor now. If I’m a CEO of a major ticketing company, my traditional competition isn’t keeping me up at night, I’m worried about companies like Amazon, Apple, Alphabet (Goolge), Facebook and any business that is looking at the BIG picture – content, media, distribution and retail.

Obviously, mobile is huge, consumer data is critical and how content is controlled (music and media) will have a big impact on how ticketing contracts will be awarded. Nobody uses their desktop anymore, everything has to be mobile-ready – and that’s only going to get more important with time.