The sniping in political and media circles over NFL players and the national anthem protest movement continues unabated as the league enters its playoff cycle, with news of an Indiana state legislator looking to pass a law allowing fans in the state to receive refunds for games where athletes kneel during the anthem.

Representative Milo Smith, of the 59th district in Columbus, is championing the law, which he says stemmed from his experience attending a September contest where the Colts survived a second-half rally to defeat the Cleveland Browns 31-28. Players from both team had taken a knee before the game to protest police brutality and divisive remarks on the subject by President Trump.

But Rep. Smith told RTV6 he found the action disrespectful to the American flag and military veterans. He said he’s still concerned about it, even though it happened months ago…

Rep. Smith said he doesn’t want to take away a player’s right to protest. But he said fans who are offended should be able to take action in defense of what they believe in.

The proposal reportedly calls for fans to get a refund by the end of the first quarter of any game where a kneeling protest happens, according to WTMJ.com. In its current form, Rep. Smith says it only applies to professional contests. But should it advance out of committee, he says, he’d love to have it apply to any high school or collegiate event where admission is charged. 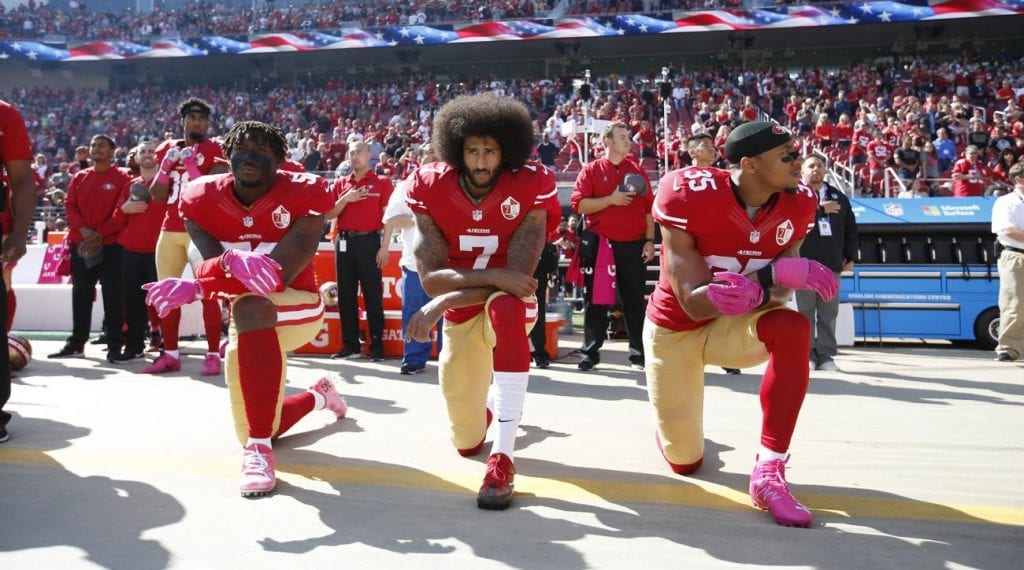 How this might actually work in practice is anybody’s guess. Would the team need to issue immediate refunds to every patron at the point of sale, or would aggrieved fans need to opt-in for their refund? Would fans need to leave the game to receive their refund, or would this law just give everyone a freebie NFL game? Would secondary re-sellers be required to also issue refunds for any ticket sold through their system and then demand money from the individual who listed a ticket with them?

One assumes that teams, primary ticket sellers and secondary ticket sellers would all be against such a law, for purely financial reasons (let alone the existence of the first amendment). But in just filing the law, the league and Colts have another PR battle to wage in the ongoing culture war surrounding the protests begun by former San Francisco 49ers quarterback Colin Kaepernick. From constant attacks from right-wing media and the President, to fans pursuing refunds via lawsuits, to a negative trend in ticket sales (though there’s more than just one potential reason for that), this issue has been a thorn in the league’s side all year.

Whether or not the law ever advances out of committee, the message from the right has once again been sent: Keep the political protests off the football field. And the message is definitely being sent to the money side of the league – shut it down, or we’ll hit you where it hurts the most – your pockets.