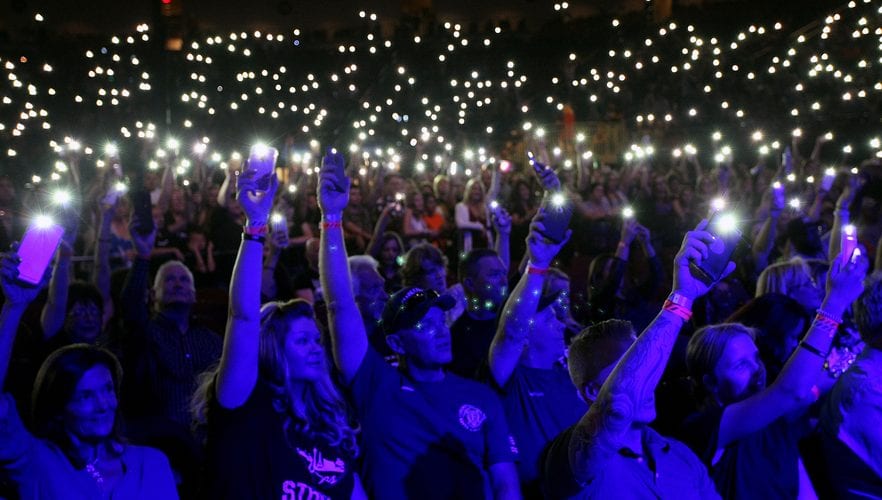 Earlier this year, a country music festival in Las Vegas became the site of the largest mass shooting in U.S. history. Members of both the music industry and the Las Vegas community came together and raised over $700,000 for victims of the attack at the Vegas Strong Benefit Concert.

Recorded tributes were also broadcast to the audience from musical legends Celine Dion, Elton John, George Strait, and Jason Aldean, who was performing on stage when the shooting began.

Fifty-eight were killed and 546 injured when a gunman opened fire from the window of a nearby hotel into the crowd at Route 91 Harvest Festival. Over 12,000 people attended Vegas Strong Benefit Concert to support the victims and their families.

“We are grateful for the outpouring of love from these icons of Las Vegas entertainment, who once again proved that our community stands as one to support the victims of this senseless tragedy,” said Clark County Commissioner Steve Sisolak, who organized the Las Vegas Victims’ Fund with Sheriff Joseph Lombardo after the Las Vegas shooting.