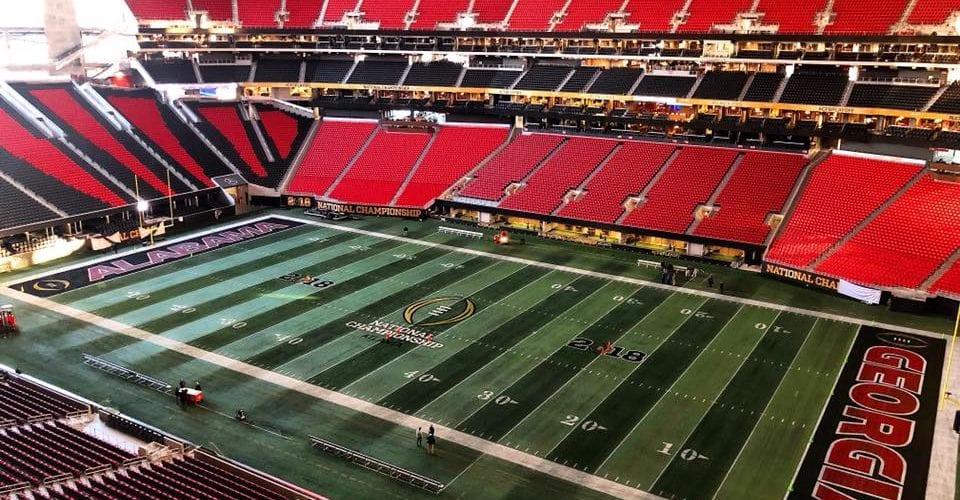 Monday’s College Football Playoff between Georgia and Alabama will mark the first ever major championship sporting event in the United States where most fans will be forced to use mobile tickets to get into the game, and some are already unhappy with the process.

Ticketmaster – the official partner of the College Football Playoff – will require all but a select number of fans to use smartphones instead of paper tickets to gain entry into Mercedes-Benz Stadium in Atlanta for the title game.

“The use of mobile ticketing for this title game is to further increase the safety and convenience of both the ticketing process and mobile entry for fans,” Ticketmaster Ashley Dos Santos told USA TODAY Sports in an email. “Tickets will only be printed onsite as needed.”

Georgia fans have reported troubles in the mobile-only buying process, before even touching on what could happen on game day.

“I had terrible problems,” Scott Center of Savannah, GA told OnlineAthens. “I was getting pretty darn desperate.”

Center said he received an email to reset his password in order to get tickets, but received no response after doing so. He called the customer service number listed but got a recording, called the Georgia ticket office and got redirected, and spent three hours on hold after being given a 45 minute wait time. While on hold, he finally got the email about his reset password but upon following the link, was told the password expired. He asked to reset again, did so successfully, and finally purchased a pair of tickets through the mobile app.

“I was able to get the tickets on the phone, but it took me four hours to do it,” said Center, a Georgia donor for 39 years. “I never got picked up on the phone.”

“There’s a lot of questions that our ticket office has been answering into how to actually utilize the app, which is processed by the CFP,” McGarity said. “It’s all new. There’s some challenges there but our ticket office staff has been on the line almost non-stop helping our fans navigate that process.”

He reported the same issues going on with his opponents for Monday’s big game.

“Our ticket office, they’ve been in touch with Alabama,” McGarity said. “Alabama is experiencing the same concerns we are as well. There’s not a lot of turnaround time. … When you’ve got tens of thousands of fans wanting to navigate this process, it creates questions.”

McGarity said the process is controlled by the College Football Playoff.

“It’s just different,” he said. “That’s what creates angst and it creates people wanting to find out how to handle the whole process.”

Georgia season ticket holders with $12,172 in liftetime contributions were eligible to purchase tickets for the national championship game, McGarity said, which cost an additional $475 or $575 depending on stadium section. Secondary tickets start near $2,000 for the title game.

A small number of paper tickets have been issued “to VIPs”, but general fans won’t be able to print out tickets to get into the event. Dos Santos said fans with tickets to the game who don’t own smartphones or whose smartphones die “can visit the box office on game day to get their tickets printed on normal ticket stock that can then be scanned into the venue.”

Here’s hoping every fan gets inside in time for kickoff.