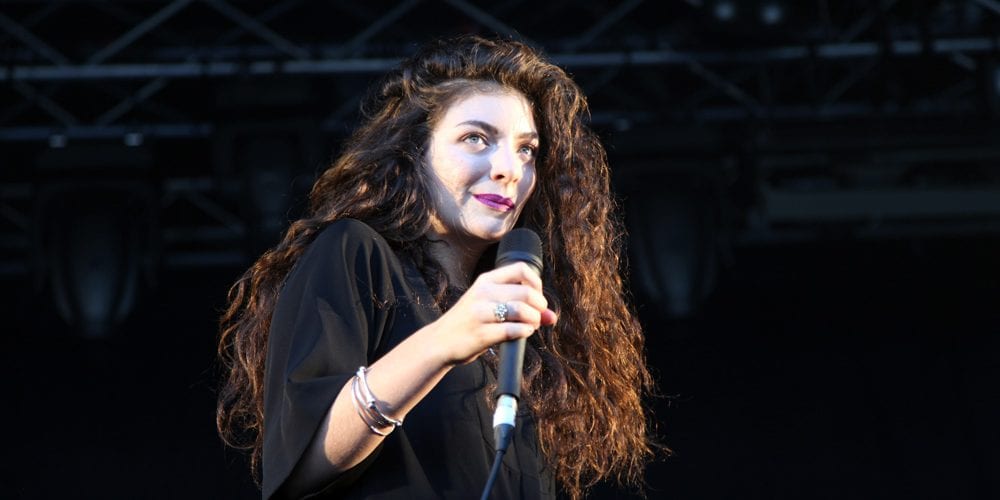 The controversy surrounding New Zealand singer Lorde’s decision to cancel a tour stop in Tel Aviv, Israel continues to swirl, with the latest headlines coming from Florida. GOP Rep. Randy Fine (Palm Bay) is pressuring the Miami Sports and Exhibition Authority and the Tampa Sports Authority hosting upcoming Lorde performances to cancel those shows or face repercussions based on a state law passed in 2016.

Under that law, no state or local government can conduct business exceeding $1 million with any organization engaged in a boycott of Israel, according to TCPalm.com. Lorde’s decision in December to cancel her show in Israel came following outreach by a pair of fans – one Jewish and one Arab – encouraging her to cancel her performances as part of a cultural boycott of the Jewish state.

“I have had a lot of discussions with people holding many views, and I think the right decision at this time is to cancel the show,” she wrote in a statement at the time. The singer said despite researching the issue before booking the Tel Aviv show, “I’m not too proud to admit I didn’t make the right call on this one.”

“Tel Aviv, it’s been a dream of mine to visit this beautiful part of the world for many years, and I’m truly sorry to reverse my commitment to come play for you. I hope one day we can all dance.”

In his call for the Florida shows to be canceled, Fine has taken a harsh tone against the singer. “Florida has no tolerance for anti-Semitism and boycotts intended to destroy the state of Israel,” he said in a statement issued Thursday. “That’s why Florida passed groundbreaking anti-BDS legislation several years ago.”

Fine contends that “current statutes are clear. Local governments cannot do business with companies that participate in anti-Semitic boycotts of Israel. When Lorde joined the boycott in December, she and her companies became subject to that statute. The taxpayers of Miami and Tampa should not have to facilitate bigotry and anti-Semitism, and I look forward to the Miami Sports and Exhibition Authority and the Tampa Sports Authority complying with the law, and canceling these concerts.”

Thus far, there has been no response to the pressure by either Lorde’s management or the quasi-public agencies which manage the two venues.