The ’70s pop group ABBA released music for the first time in 35 years, and announced an upcoming world tour – featuring the members as holograms.

After more than three decades, members Agnetha Fältskog, Björn Ulvaeus, Benny Andersson, and Anni-Frid Lyngstad shared that they had recorded two new songs. In a statement, the group said that they thought it would be fun to “join forces again” and head back to the recording studio. This was the first time the group had all performed together since 1999.

“It was like time had stood still and that we only had been away on a short holiday,” the group said. “An extremely joyful experience!”

Gorel Hanser, the group’s manager and spokesperson, told the UK’s Mirror that the group is “happily surprised” by fans’ reactions to the announcement of new music.

“Everyone is so joyful,” she added. “It was great to spread a happy word in the world right now. They are happily surprised, all four of them.”

Although the new music is yet to be released, the band revealed details of an upcoming world tour – featuring them as holograms. This hologram tour is being created by American Idol and So You Think You Can Dance creator Simon Fuller, who wants to create an “artificial intelligence” version of the group.

“We’re inspired by the limitless possibilities of what the future holds and are loving being a part of creating something new and dramatic here,” Andersson previously said of the project. “A time machine that captures the essence of who we were. And are.”

In December, the digital versions of ABBA, dubbed as ABBAtars,  will perform on TV and debut their latest song, “I Have Faith In You.” After the special airs on NBC and BBC, the digital band will begin touring in 2019.

The legendary Swedish group has sold hundreds of millions of albums since their origin in 1972 and are best-known for unforgettable, timeless hits like “Dancing Queen,” “Mamma Mia,” “Honey, Honey,” and “Take A Chance On Me.” 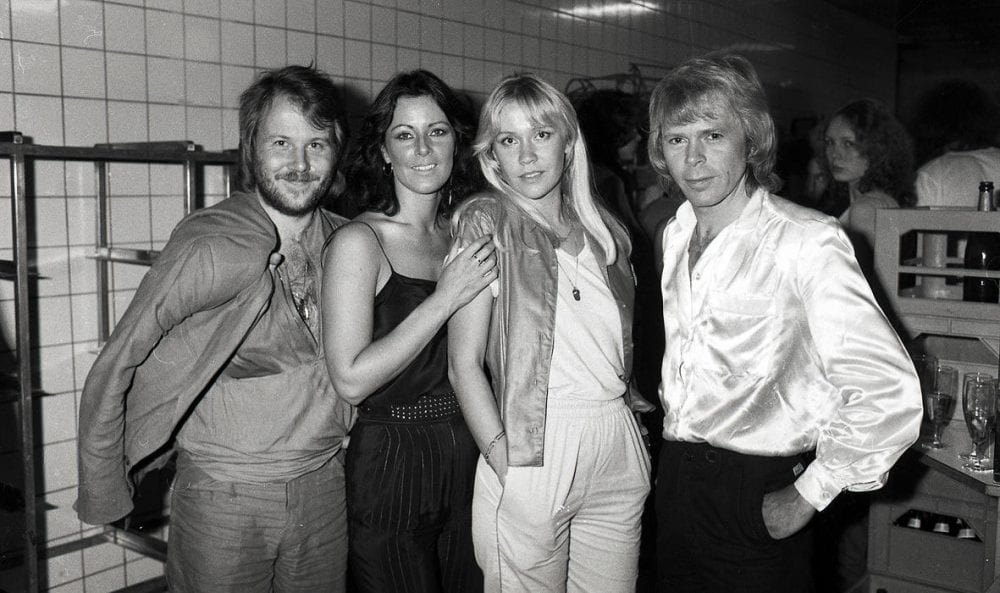