Sterling Bay’s Lincoln Yards development in Chicago’s North Side could see up to five new entertainment venues after striking a deal with the concert booking and ticket-selling giant, Live Nation Entertainment.

According to the Chicago Tribune, Live nation will manage and book events, as well as help fund construction of these new venues within the development – which spans over more than 70 acres. The partners plan to build between three and five new venues; Sterling Bay principal and general counsel Dean Marks said these could range from smaller, 100-seat amphitheaters to much larger, 6,000 to 8,000-capacity arenas.

“As the exclusive entertainment partner for Lincoln Yards, we look forward to bringing even more live entertainment to the great city of Chicago,” Mark Campana, COO of Live Nation Concerts, said in an emailed statement to The Tribune.

Although Marks declined to say how much Live Nation is actually investing in the partnership, he told The Tribune that these smaller venues could cost about $50 million combined, while the bigger stadiums could be in the ballpark of $200 million.

This development, which borders Bucktown and Lincoln Park between Webster and North avenues, will also include office, residential, hotel, retail, and entertainment space. It will act as a space for parks as well, adding an extension to the 606 elevated trail. This was also one of the sites that Amazon visited in Chicago while considering potential home for its second headquarters. If the development is picked, 50,000 people could be looking at high-paying jobs in this new location of the enormous company.

“Chicago already has a reputation as an entertainment hub and we are excited for the community to have easy access to a variety of new events with some of the biggest names in music,” Sterling Bay managing principal Andy Gloor said in a statement.

The project is currently pending city approval, but Marks said Sterling Bay hopes to begin construction within the next 18 months.

Live Nation, based in Beverly Hills, California, is the world’s largest concert promoter. In addition to their corporate parent of Ticketmaster and a stake in C3 Presents, Live Nation also owns, operates, and controls booking rights of over 200 concert venues. Taking over these venues within Lincoln Yards development would just add another string of entertainment businesses to their vast portfolio.

Check out the images below of the proposed designs for Lincoln Yards development, released by Sterling Bay. 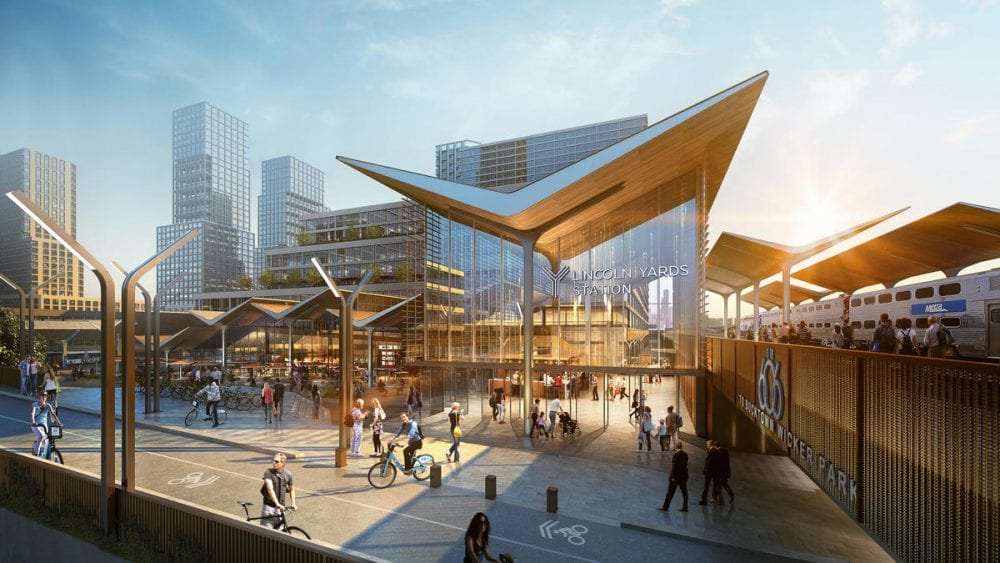 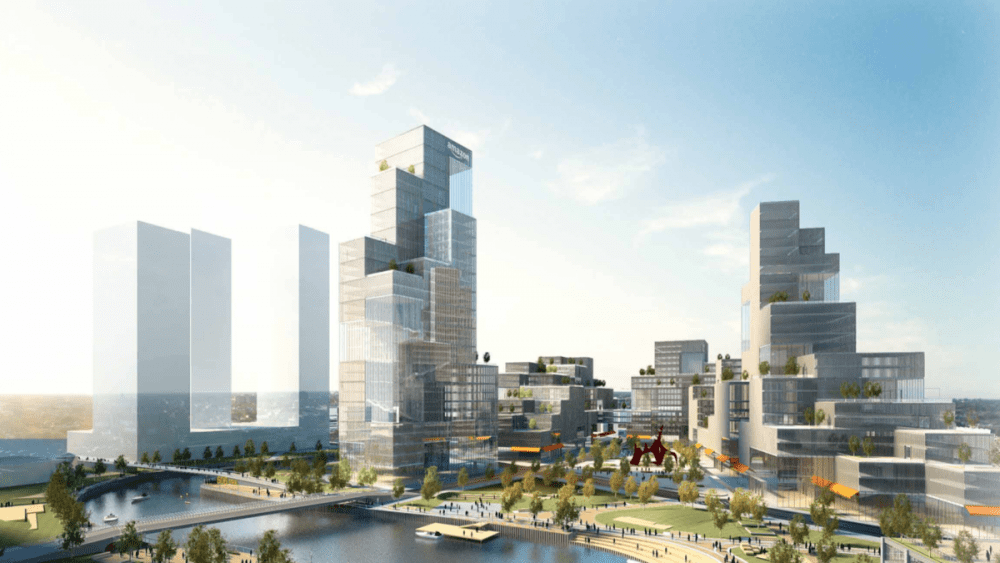