Troye Sivan announced tour dates earlier this week in support of his second studio album, Bloom, but after his decision to keep opening act Kim Petras on tour since finding out her questionable comments online, fans are boycotting his shows.

Sivan thought it would be a great idea to bring Petras on tour with him. However, he claims on Twitter that he was not aware of the comments she had made in the past, which was his “mistake.” Earlier this year, pop-singer Petras had an interview with NME about her latest single and her career up to this moment. She described how she moved from Germany to Los Angeles and ended up collaborating with the producer Dr. Luke. When asked about working with him despite his past sexual assault allegations, she described herself as a “big fan of his” and said the two had a “really good experience” writing music together. She not only said that she would work with him again, but claimed “I would like my fans to know that I wouldn’t work with somebody I believe to be an abuser of women, definitely not.”

In 2014, popstar Kesha filed a lawsuit against Dr. Luke, claiming that he had “sexually, physically, verbally and emotionally” abused her. She cited “mental manipulation, emotional abuse, and sexual assault,” alleging that she was raped by the producer after being given a date rape drug. Through many attempts, she fought to leave her recording contract with Sony, but was denied. Dr. Luke, who had founded the Sony imprint Kemosabe Records, stepped down as CEO, and now, is suing Kesha for defamation.

After Petras’ comments were made regarding the producer, fans took to Twitter, bashing the singer for supporting an alleged rapist and urging him to kick her off the tour. 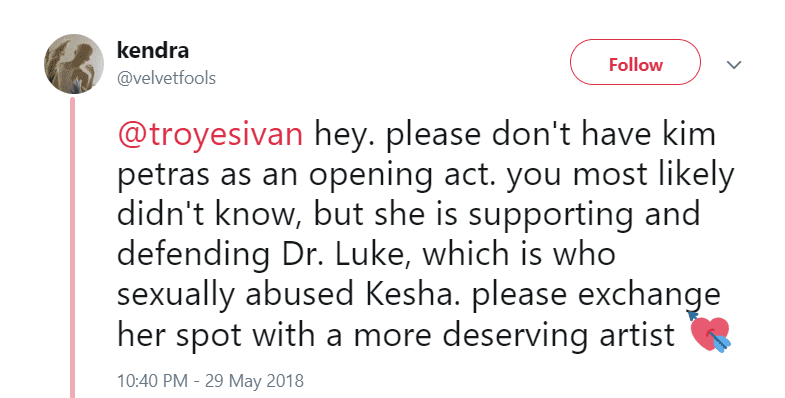 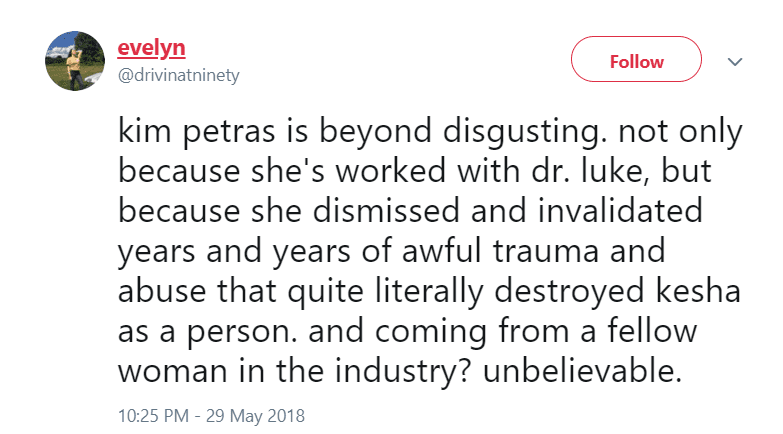 Sivan responded, saying that “the opinions communicated in these interviews don’t align with my personal values or the values of the tour.” However, he chose to give Petras a second chance, claiming that “people misspeak” all the time, and although he doesn’t agree with her words, they were a mistake. Petras also responded to the comments, claiming that although she never had a bad experience with Dr. Luke, that does not mean that she dismisses others’ experiences. Fans were not happy with either apology. 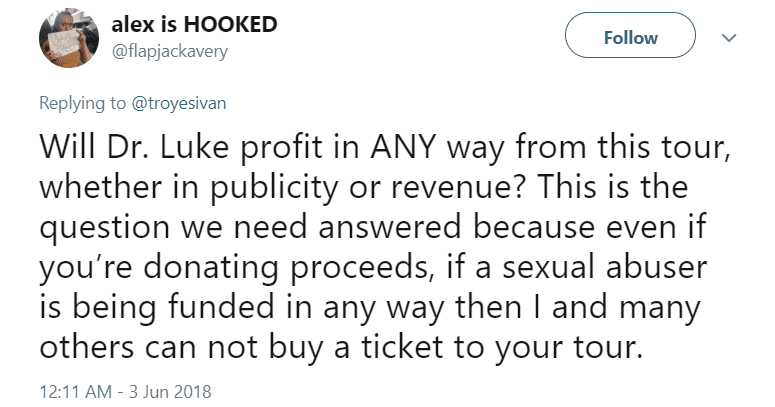 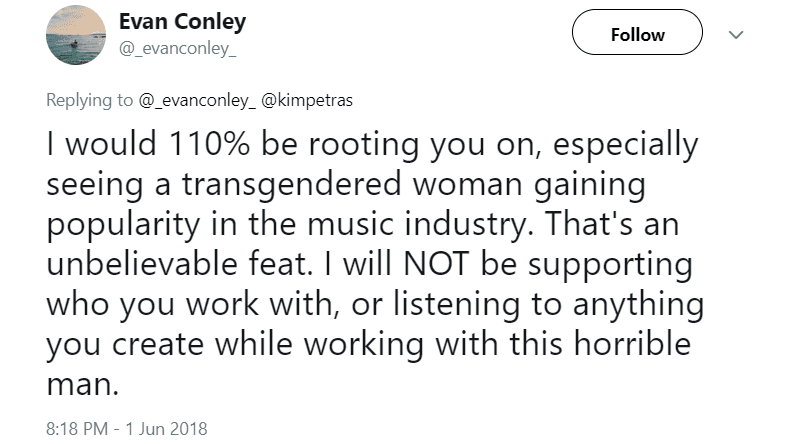 Many of Sivan’s fans said they would not be attending The Bloom tour now. Sivan did not make any more comments regarding Petras and still has her on tour. The Bloom Tour is set to kick-off this fall on September 21, which will run through November 8, and Petras will be supporting Sivan along with Leland and Carlie Hanson. Sivan’s sophomore album, Bloom, is due August 31.