The US Minority Ticketing Group (USMTG) recently announced the addition of New York based attorney Larry Hutcher as the organization’s pro bono general counsel. Mr. Hutcher is a Co-Founder and Co-Managing Partner of the law firm DHC where he has spent his entire legal career. Throughout this career, he has built a reputation as a ‘lawyer’s lawyer’, being cited as a New York Super Lawyer on 2007, 2013, and 2017, and as source for various publications such as The American Lawyer, The New York Times, New York Post, New York Daily News, New York Law Journal, and Forbes. 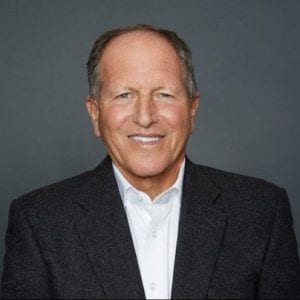 In March, attorney Hutcher represented ACS Ticket Company when they filed suit against the New York Yankees for revoking more than 50 season tickets.

“The Yankees have used a pretext to rescind tickets that were otherwise legally purchased solely because the plaintiffs are resellers,” argued attorney Hutcher. “They are not permitted to do that. The plaintiffs [ACS] have done nothing wrong. They bought the tickets. They followed the rules and they are entitled to sell them or resell them as many times as they want without any fear that the Yankees can use that as an excuse to rescind these tickets.”

A month later the Yankees settled the suit.

Most recently, Mr. Hutcher has made the news for representing Donald J. Trump’s personal chauffeur -before he became the president – in a lawsuit for unpaid overtime wages.

“We are excited about the recent addition of attorney Hutcher to our team,” Darnell Goldson, a member of the USMTG said. “He is a New York ‘Super Lawyer’, who is not afraid to face off against the big boys for his clients. Our membership will be served well by his counsel.”

Mr. Hutcher will be speaking at the industry convention, Ticket Summit, in Las Vegas next week.