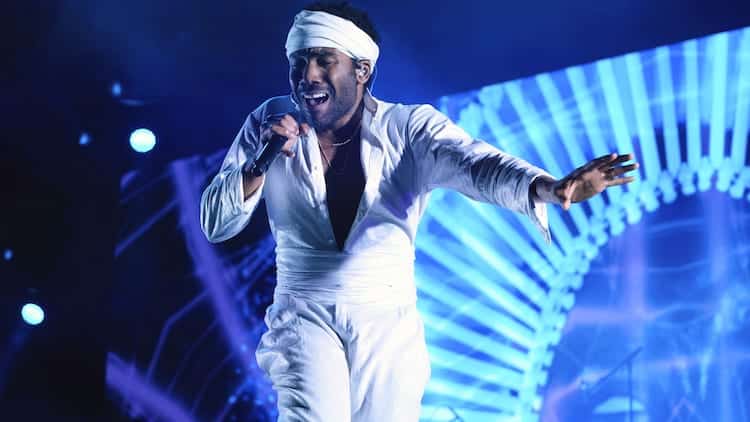 While performing in Dallas, Texas last night, Donald Glover, known onstage as Childish Gambino, had to cancel his show early after injuring his foot.

Half an hour before the concert was slated to end, Glover walked off the stage, visibly hurt. While it was unclear at the time what happened, concertgoers said they saw the singer attempting to do splits and hurt himself, and others said he misstepped during a dance move.

The audience began to do “the wave, ” hoping for an encore. Although he did not sing hits “Redbone” or “3005,” an announcer told the audience that the show was over.

According to TMZ, an official at the American Airlines Center said that Glover broke his foot. While Glover has not commented on what happened, his fans took to Twitter, upset that he didn’t update the crowd on what happened.

Yall the #ThisIsAmericaTourDallas show ending so abruptly is a mood killer. Hope Donald Glover is alright though

I love Childish Gambino?I wish he could’ve finished tonight but it was still unforgettable #ThisIsAmericaTourDallas

I mean, it would have been nice if he at least said something to the thousands of people who paid a lot of money to see him perform one last time. #ChildishGambino

I was at the Childish Gambino concert and it ended so weirdly. He just kinda left the stage and… never came back. He’s such a performer and I hope he’s okay. Just felt empty. We didn’t get Redbone or 3005

Ok so.
Gambino put on what was thisclose to being a good show but…..

He left after This Is America.
He didn’t say goodnight.
Didn’t thank Dallas.

Certainly no “3 song encore,” as is rumored to be typical on this, his LAST tour as Childish Gambino.

Glover announced that the “This is America” tour would be his last trek under the moniker Childish Gambino, in conjunction with his final album, 2016’s “Awaken, My Love!” Prior to the start of the tour, Glover released two tracks solely to ticket holders, noting that it was important concertgoers were “familiar” with the tracks to fully enjoy and participate in the night.

He is slated to perform next in Los Angeles, California this Wednesday. At this time, there is no word of cancellation. Check out his full list of upcoming tour dates below with Rae Sremmurd and Vince Staples.