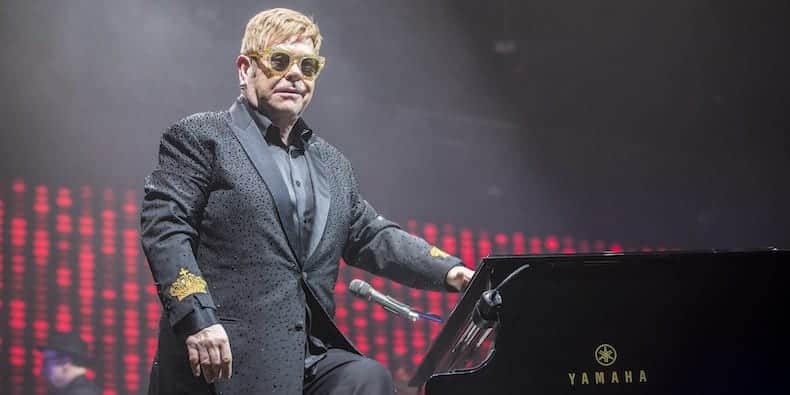 The legendary rocker was set to take the stage this past Tuesday at The Armway Center as a part of his “Farewell Yellow Brick Road Tour.” However, right before he hit the stage, the venue announced that John wouldn’t make it to the show due to an ear infection.

We’re sorry to announce that due to an ear infection, Elton John is unable to perform tonight. The rescheduled Orlando date will be announced in the near future so please hold onto your tickets. pic.twitter.com/fZRVH1tVyu

Fans were quick to respond to the announcement, wondering why John cancelled so late in the evening. Many were upset with the venue since they had already made travel arrangements and paid for tickets, parking, food, and drinks.

But no problem selling food, drinks, & merch for two hours prior to the announcement. Not an MD, but fairly certain ear infections so brutal that a performer can’t go on don’t pop up right at showtime. This evening was a disgrace. @eltonofficial & @AmwayCenter should be ashamed.

Are you going to refund us or provide gift cards/ credit for all we spent on parking, merchandise, food, and drinks in the 2 hours you left the doors open with this information?! So disgusted with the way Amway Center handled this

I like how u waited til everyone spent their money on concessions b4 making the announcement. And if he was really in the building, he couldn’t come out & apologize to the 15,000 fans waiting for him? Already contacted Ticketmaster for a refund. I will NEVER return to this arena!

At that time you’d expect him to walk out on stage and explain why he’s cancelling. This is a joke to cancel so late. As for his farewell tour, tickets on sale now for a show in December 2020, no thanks I’ll keep my money for 2 years in my bank account.

To clear things up, John’s team took to Twitter Wednesday morning, noting that the singer had an infection that they thought would clear up in time for the show.

“Elton has been on a course of antibiotics to combat an ear infection and it was expected that these would clear the infection in time to play the Orlando show,” the statement read. “Elton had (traveled) to the venue but after further consultation with doctors before he took the stage, the decision had to be taken on their advice that unfortuantely he still wasn’t well enough to perform.”

John’s show tonight in Tampa, Florida has also been cancelled, and while no rescheduled dates have been announced at this time, ticket holders are encouraged to hold onto their tickets, as they will be honored at the new show. Refunds are available at point of purchase.

The Farewell Yellow Brick Road Tour will continue tomorrow night in Atlanta, Georgia. Earlier this year, he announced that he will be extending his tour through late 2019 with shows next year throughout Canada and parts of the U.S. From there, the 71-year-old hopes to visit Asia in November 2019, Australia in December 2019, and South America in 2020, ending the massive trek after another run of dates throughout Europe and the UK in 2020 and an additional North American leg in 2021.

Check out John’s upcoming tour dates below, aside from the rescheduled shows in Tampa and Orlando, which haven’t been announced yet.