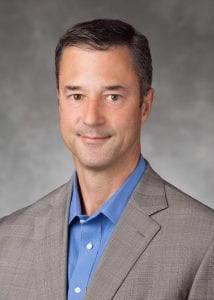 Mrva is known as the former managing director of Global Internet Banking at Morgan Stanley and a graduate of Harvard Law. He has also held positions as vice president of M’mergers and acquisitions at Yahoo! and vice president of corporate development at Mpath Interactive.

Now, he will now report to StubHub president Sukhiner Singh Cassidy and eBay CFO Scott Schenkel. He will be responsible for StubHub financial planning, accounting, analysis, operations, management, and strategy. In addition, he will oversee StubHub’s acquisitions team.

“We are thrilled that Greg has joined the StubHub leadership team,” Cassidy said in a press release. “As we continue to grow domestically and expand our international business, Greg’s track record as a strong financial operator and strategic advisor will make him a valued partner.”

Mrva’s appointing follows StubHub’s announcement yesterday naming former A&R executive Jay Harren as the new head of music business development. Harren will be in charge of a team which focuses on StubHub’s North American music partners. He explained to Billboard that the hopes to change the misperception of what StubHub is in the industry.

“I am taking the approach that the first thing I have to do is go out and educate people in the industry of what StubHub is not,” Harren said. “StubHub is not a broker who goes out and uses bots. It is an exchange. It is owned by eBay and it reflects that in its approach.”