Accessibility5 ADA10 Australia32 disability access8 Disabled Concertgoer3 Ticketmaster797 Wheelchair1
Buying a ticket to an event should be a seamless experience, but for disabled concertgoers, this is rarely the case. In Australia, wheelchair users...

Buying a ticket to an event should be a seamless experience, but for disabled concertgoers, this is rarely the case.

In Australia, wheelchair users struggle trying to buy tickets to a show and are often placed elsewhere from their companion. One advocate, Stephanie Travers, is trying to change the way the system works with a growing anti-discrimination campaign.

While trying to purchase a ticket to a show, Travers had to call a special Disability Access hotline, where she was on hold for hours, she told ABC Newcastle. She explained that she was “constantly hung up on” and sometimes, it would take days for an answer regarding her tickets. 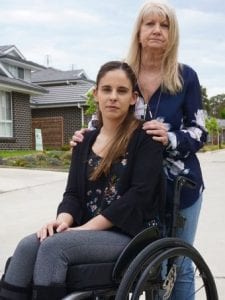 “The whole experience made me feel like I wasn’t important as a person … an able-bodied person,” she told ABC. “[It took] four days and [involved] anxiety and thinking that the concert was sold out. It was horrible.”

Travers isn’t alone, either. While talking to other concertgoers, she found that many people were often segregated and told to stay in the back of the venue, like herself. A mother who cares for her 45-year-old disabled daughter said she had to sit on the floor of an arena because they placed her in a seat away from her daughter. Others have reported being unable to sit with their family because only two tickets can be booked at a time with a companion seat.

Even a music journalist had a similar experience; the concertgoer, who suffers from Cerebral Palsy, was prohibited from the VIP section at a Pink show in Sydney because of her wheelchair. Although she had purchased tickets for the VIP experience and waited in line hours before the gig, she was told wheelchairs weren’t allowed on the floor.

“We’re at a point where people are actually missing out on experiences because of the blockades in place and in 2018, this shouldn’t be happening,” Travers said.

Advocates aren’t backing down to change the stigma around disabled concertgoers — so far, two online petitions demanding changes to accessible seating policies have garnered over 30,000 signatures and received attention from state and federal politicians.

Two advocates, NSW Member for Gosford and former Paralympic gold-medallist Liesl Tesch and Swansea MP Yasmin Catley, have set up an industry-inclusive meeting in Sydney to discuss various solutions. While Ticketmaster and Ticketek have confirmed they will attend the meeting, they both said the situation is complicated because each venue has different seating arrangements.

However, Travers believes the ability to change policies is simple.

“It’s about being flexible with seating: allowing people to buy more than two tickets at a time, recognizing families want to sit together…that would be a start,” she said, noting that disabled concertgoers want the “same fun, enjoyable experience as the rest of the population.”

From there, Travers hopes advocates can try to receive funding from the State Government to implement further changes in the industry. While she acknowledges legal action is a route she can take, she hopes the process can be inclusive.