“I am so excited to celebrate my 87th birthday with all my friends,” Lynn said in a statement. “This is the first time I’ve ever had a birthday party! My birthday wish has come true. The only other wish I have is that Keith Urban jumps out of my birthday cake!”

While Lynn said she isn’t planning any duets for the concert, she hopes to eventually perform again soon. Although she released the record Wouldn’t It Be Great in 2018, she hasn’t performed since she had a stroke in 2017. She also suffered a variety of health problems, including a fractured hip, and was unable to attend the CMT Artists of the Year show last October.

“Feels like I have been gone a hundred years,” she told The Associated Press.

The Country Music Hall of Famer earned a Grammy nomination this year for Best Country Solo Performance of her track “Wouldn’t It Be Great.” Known for hit songs like 1967’s “Don’t Come Home A Drinkin’ (With Lovin’ On Your Mind),” 1966’s “You Ain’t Woman Enough,” and 1971’s “Coal Miner’s Daughter,” Lynn has a vast catalog of music, and plans to continue writing.

“I’ve done quite a bit,” she told People. “I want to get back into it real good, though, like I used to write. I used to write all the time. Now I’m just writing when I want to, and that’s not good” — she added with a laugh — “because I don’t want to.”

More artists are expected to be announced for Lynn’s upcoming birthday concert in the coming weeks. Check out the show poster below. 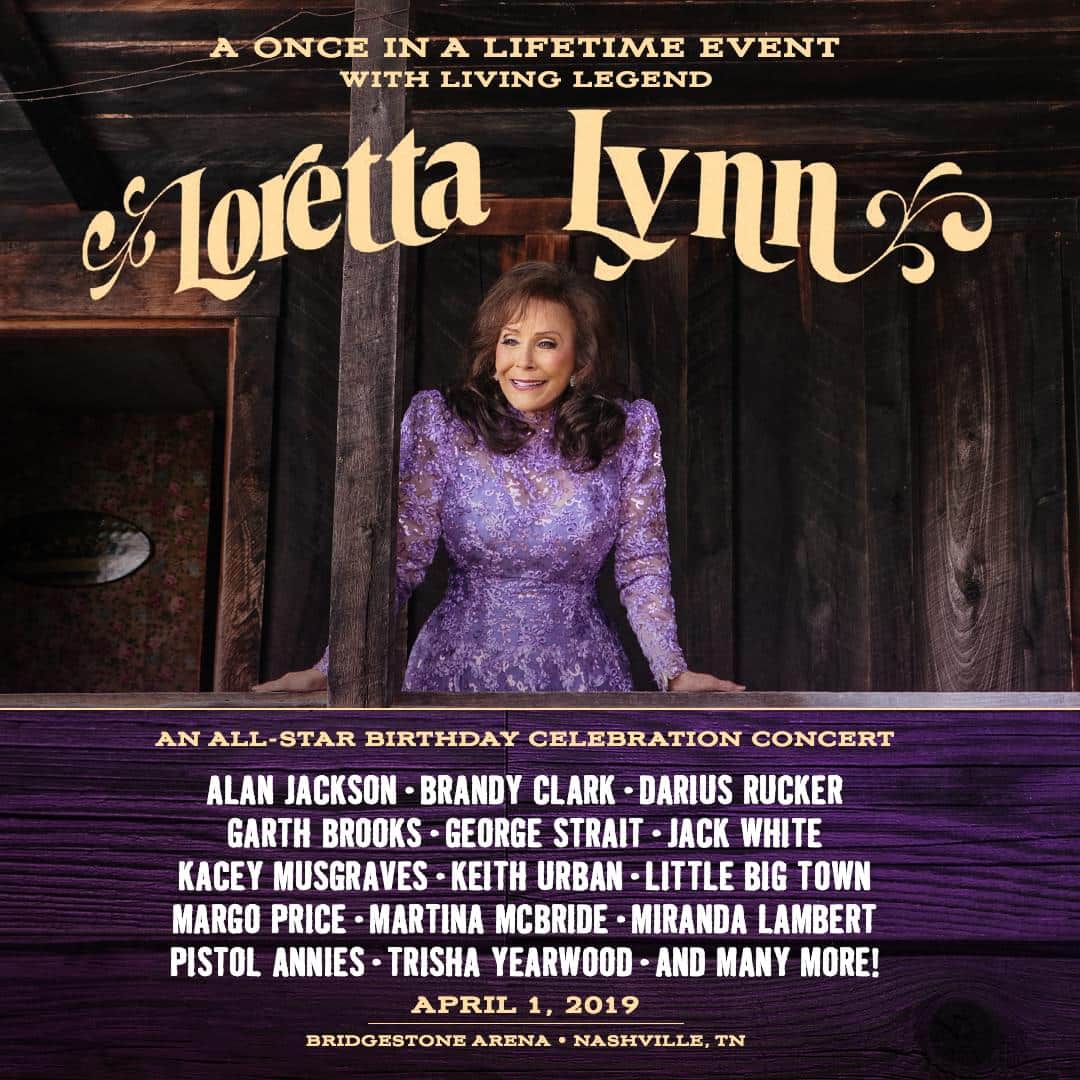