Update: As of April 8, 2019 — The Black Keys have been removed from the Woodstock 50 lineup due to a “scheduling conflict.”

Indie-rock band The Black Keys have been quiet in the music scene for nearly five years, but they’re back with an undeniably catchy new single and a string of tour dates across North America.

The 31-date trek “Let’s Rock Tour” will kick-off on September 23 in Denver, Colorado, followed by shows in cities like Nashville, Orlando, Toronto, Brooklyn, Austin, and Los Angeles before wrapping-up late November in Vancouver, British Columbia. Modest Mouse will join The Black Keys on all dates, while Shannon & The Clams, *repeat repeat, and Jessy Wilson will offer support during select shows.

Last week, the duo dropped the single “Lo/Hi,” their first release since 2014’s hit LP Turn Blue. The single is the type of song you’d want to play with your windows rolled down on a road trip — it provides us with southern-rock vibes and a gritty, soulful chorus. While this is slightly different from what we’ve heard before, it still points to the Keys’ older work, proving the band’s consistent sound is still prevalent, and they’re back with an even more hard-hitting tune.

The group, hailing from Akron, Ohio, has released eight albums since emerging on the scene in 2001. They are best-known for rock classics like “Howlin’ For You” and “Tighten Up” off 2010’s Brothers, as well as “Lonely Boy,” “Gold on the Ceiling,” and “Little Black Submarine” from 2011’s El Camino. Then, in 2014, they returned with Turn Blue’s “Weight of Love” and “Fever.” Throughout their career, the band has earned six Grammy Awards and headlined festivals like Coachella and Lollapalooza.

In addition to their upcoming tour, The Black Keys are rumored to headline Woodstock 50, the festival this August celebrating the 50-year anniversary of the original 1969 festival. The official lineup is expected soon.

Tickets will be available through Ticketmaster’s Verified Fan program and will be up-for-grabs during pre-sale on March 19. Ticketmaster predicts that the demand for The Black Keys tickets will be “overwhelming.” Click here to register. 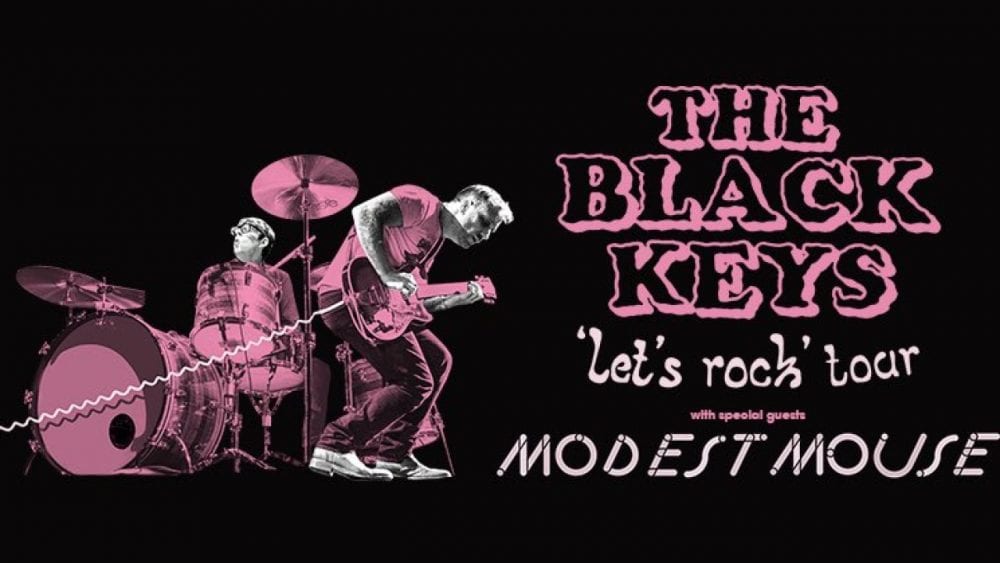