Ticketmaster refused to post the artwork for “The Bizarre World Of Frank Zappa” hologram tour on its websites, citing that the graphic contained “questionable content.”

Frank Zappa’s estate responded to Ticketmaster in a press release, noting that the “composer, musician, futurist and innovator Frank Zappa is facing censorship yet again.”

“The tour artwork was curiously censored by Ticketmaster who cited the image for so-called ‘questionable content,’ according to their Content Governance team, and wouldn’t post it online,” the estate said. “The censored image pays homage to Frank Zappa & the Mothers’ 1974 song ‘Penguin in Bondage’.” 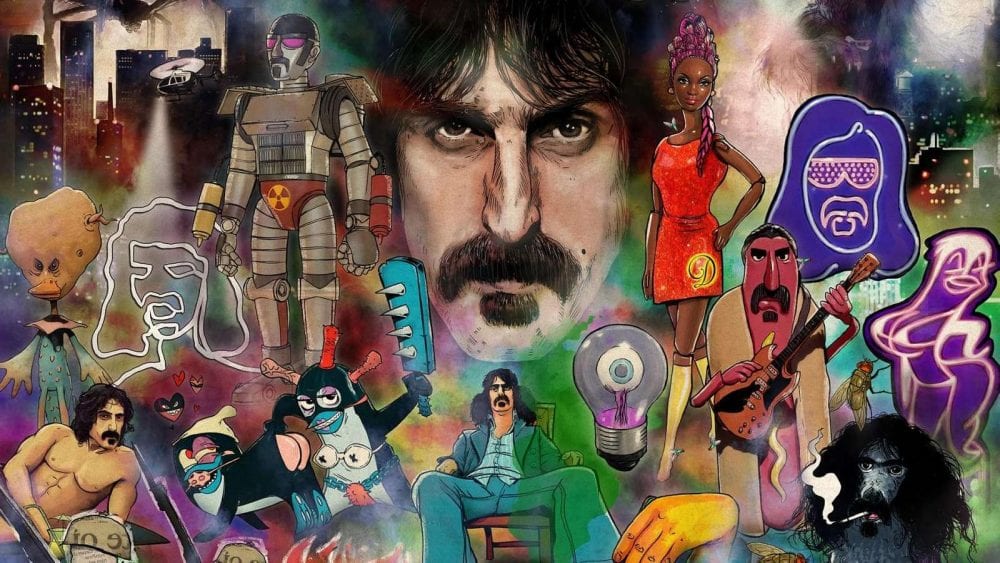 Additionally, the estate decided to have Zappa’s hologram respond to Ticketmaster itself by having the hologram’s lips form words used in a voice recording from 1984. The recording was dubbed over a video of the hologram which said, “I’m a person who likes to do what he wants to do…whether people like it or not and what I do is designed for people who like it, not for people who don’t.”

At the beginning of the video, a warning label flashed on the screen, similar to those that used to appear on Zappa’s albums.

“These concerts contain material which a truly free society would neither fear nor surpress,” the label reads. “In some socially repressed areas, religious fanatics and ultra-conservative political organizations violate your First Amendment rights by attempting to sensor rock & roll. We feel this is unconstitutional and un-American.” 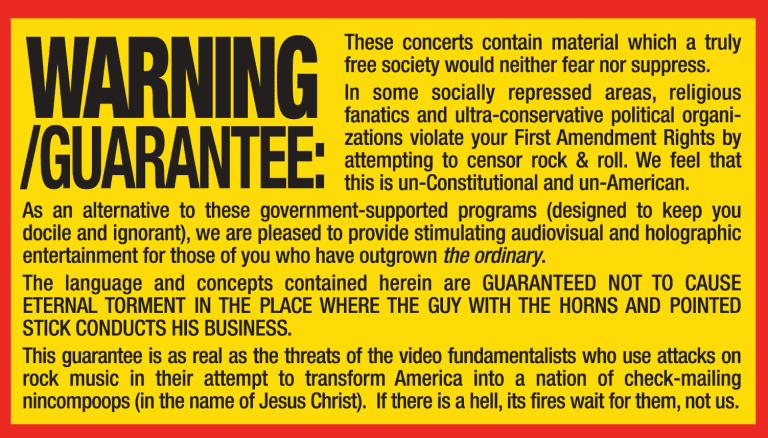 “If you’re someone that can’t enjoy the absurdity and humor of bringing Frank’s music and lyrics to life via holograms – such as penguins in bondage, talking hot dogs and super natural dental floss – this show might not be your cup of tea,” Zappa’s son, Ahmet Zappa, EVP of Business development for hologram company Eyellusion and co-trustee of the Zappa Family Trust, said.

“In response to Ticketmaster, I re-submit the poster artwork with our newly updated Warning Guarantee hiding the buttocks of the cartoon penguin. I mean, seriously Ticketmaster?”