The Rolling Stones were slated to headline the New Orleans Jazz Festival, and Fleetwood Mac stepped in when Mick Jagger was forced to cancel. Yet now, with Stevie Nicks plagued by the flu, the festival had to call on a third replacement: Widespread Panic.

The Jazz Fest is right around the corner, as the first round of shows are set to run from April 25 to 28, followed by performances from May 2 to 5. However, earlier this month, the Stones announced that they’ll be postponing all dates on their No Filter Tour, as well as their performance at the Jazz Fest, so that Jagger could receive heart surgery. While he is expected to make a full recovery, he won’t be able to perform, which caused Fleetwood Mac to step in.

In-between their ongoing massive North American tour, Stevie Nicks and co. were slated to take on the May 2 gig. Yet, not even a week later, Nicks came down with the flu and was forced to cancel the band’s remaining tour dates. On Monday, the festival assured fans to stay tuned for updates about new talent, and less than four hours later, they revealed that Widespread Panic would be the new headliners. They will join acts like Katy Perry, Santana, Logic, Van Morrison, and Dave Matthews band during the eight-day event.

Festival organizers noted that second weekend GA tickets will now be valid for any one day of the weekend, including the shows on May 2. Admission will no longer be day-specific; ticketholders who previously had GA tickets for May 3 can now choose to see shows on May 3, 4, or 5, if they choose. Additionally, May 2 will now also become a second “Locals Thursday,” along with April 25, allowing $50 gate tickets for Louisiana residents. Ticketholders also have the option to receive a full refund.

Widespread Panic, hailing from Atlanta and known for blues-rock tracks like “Hope in a Hopeless World” and “Can’t Get High,” has played at the festival 10 times prior. The positive/negative response to Widespread Panic performing at the festival is fifty-fifty, however, one thing’s for sure: ticketholders are hoping “third time’s a charm.” 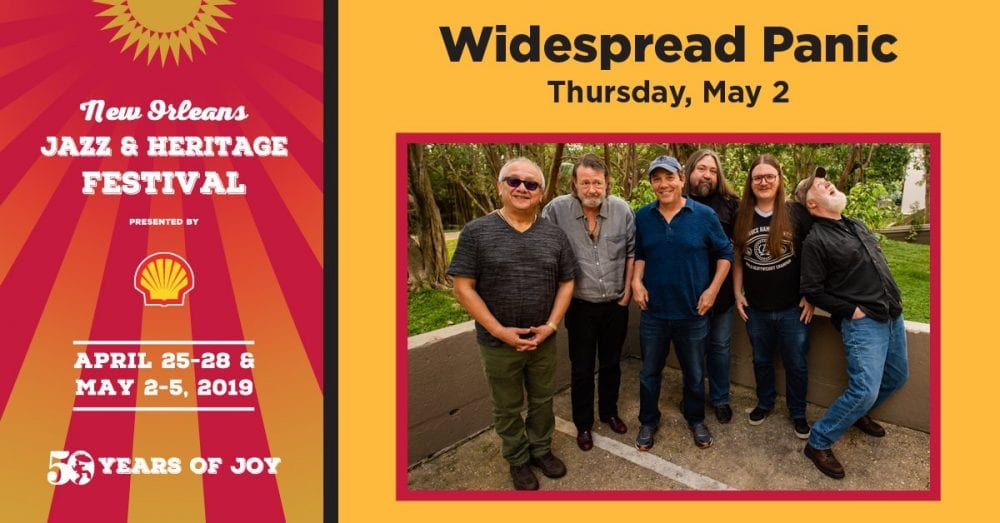