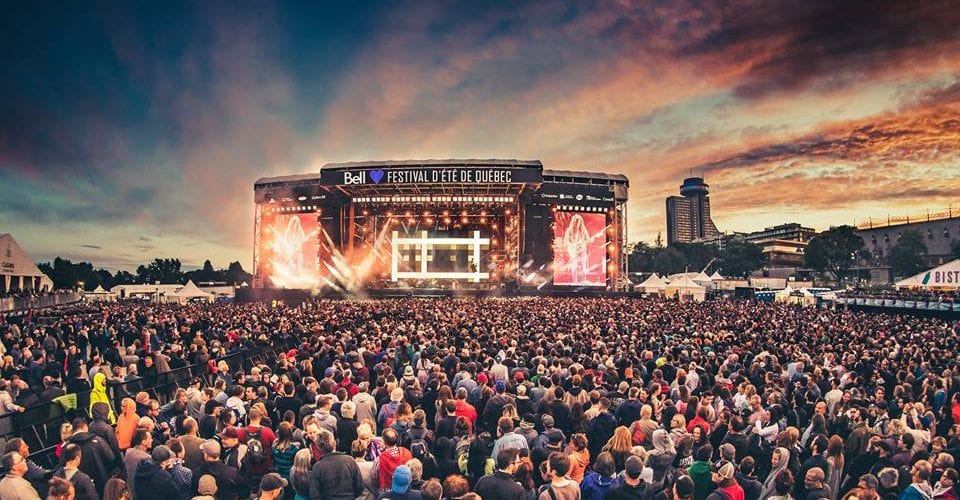 Festival d’ete de Quebec is back for its 52nd year with headlining performances from top acts like Mariah Carey, Blink-182, Chvrches, and Lynyrd Skynyrd.

The event, which is arguably the largest festival in North America, typically brings in over 325,000 attendees during its 11-day run. This year, it’ll take place from July 4 to 14 in the middle of the populous city. In addition to acts like pop diva Carey, pop-punkers Blink-182, indie rock’s Chvrches, and iconic rock group Lynyrd Skynyrd, a variety of acts are set to take the stage.

Concertgoers will see the duo Twenty One Pilots, the metal legends of Slipknot, and rock powerhouse Imagine Dragons perform, as well as rock bands like A Day To Remember, Between The Buried And Me, Fazed Out, Killswitch Engage, The Offspring, and The Strumbellas. A variety of genres will be represented; hip-hop artists Logic and Lil Pump will appear, EDM stars Diplo and DJ Phranco are set to bring the fun, and rising acts like Yugblud, Sir Sly, and Ross will make appearances, among others.

FEQ is described as the “gold standard” of festivals, as it offers not only music, but the immersion of Quebec’s history, food, and culture. During the day, attendees are able to explore the city, visiting museums, parks, and other scenic areas before performances take over the night. Additionally, rather than camping, visitors are able to choose from more than 6,500 hotels within the city during their stay.

The music will take place throughout 10 different venues, and this year, concertgoers have the chance to visit their newest music space- The Quebec Armory – which includes a terrace overlooking the Plains of Abraham. The venue will provide late-night music from 10 p.m. to 2 a.m. with a DJ before and after the shows.

For more information and a full lineup, visit FEQ.ca.