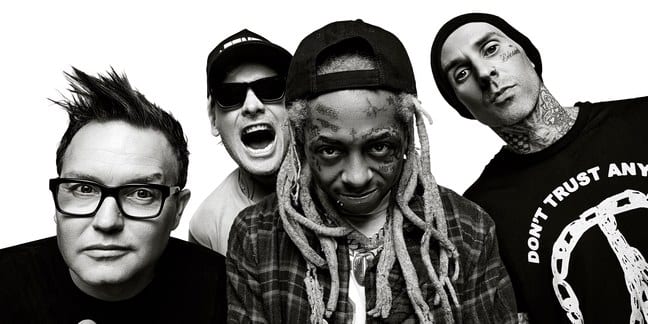 The punk-rockers of blink-182 are hitting the road this summer with rapper Lil Wayne for a diverse, co-headlining run across the U.S.

While the pairing seems unlikely, it is similar to rock group Fall Out Boy’s Boys of Zummer Tour in 2015 with rapper Wiz Khalifa. In a tour announcement, the two artists released a video with a mash-up of their hits “What’s My Age Again?” and “A Milli.” Although their music is vastly different, they both are champions within their own genres, releasing hit after hit over the past two decades.

blink-182 returned to the music scene in 2016 after a five-year hiatus with California, featuring hits “Bored To Death” and “She’s Out of Her Mind.” The group, which will also appear at the 25-year anniversary of Vans Warped Tour this summer, rose to fame with late ’90s tracks like Enema Of The State‘s “All The Small Things” and “What’s My Age Again?” along with “First Date” off 2001’s Take Off Your Pants and Jacket and “I Miss You” from their 2003 self-titled.

Last Updated on May 6, 2019 by Olivia Perreault