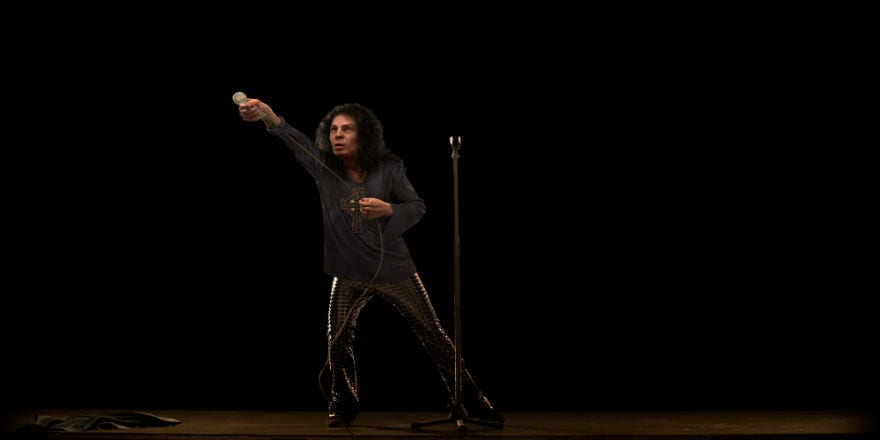 Black Sabbath’s Ronnie James Dio was going to hit the stage as a hologram this past weekend in St. Petersburg, Florida, but due to technical issues, the gig was cancelled.

“Dio Returns” was slated to take place at the Palladium last night. However, due to the “size and scope of the production, the show cannot go as planned,” promoters Ruth Eckerd Hall said in a statement ahead of the show. Ticketholders will be refunded at point of purchase, but there was no rescheduled date.

Charles Runnels of Fort Myers News-Press wrote that the hologram’s kick-off show in Fort Myers, Florida on Friday was a “complete failure.” In his recent article, he noted that there were a lot of syncing problems with the show and Dio’s hologram was not flexible enough.

“It’s not that the hologram was completely bad. Dio did look kind of cool in his black leather pants and white cross shirt as he struck dramatic poses, threw his famous “devil horns” hand gesture, bounced to the beat (sort of) and thrust out his microphone for audience sing-alongs,” Runnels wrote.

“But here’s the thing: Hologram Dio never really felt real. His mouth didn’t quite sync with Dio’s recorded, awe-inspiring vocals (lifted from various live Dio concerts). His movements looked too herky-jerky, manic and nonstop to feel lifelike. And the whole thing lacked that hard-to-nail-down but immediately recognizable spark of life.

“It didn’t help that the hologram was set all the way to the back of the stage, behind the band, making the always short Dio appear even shorter and almost elf-like(hey, he did play in a band called Elf).”

Hologram tours have been a hot commodity over the past few years. BASE Hologram is set to bring Roy Orbison and Buddy Holly to the stage for a joint tour, along with Maria Callas and Whitney Houston. Amy Winehouse’s hologram was also slated to head on tour this year, but was halted due to some “unique challenges and sensitivities” after fans complained that the singer wouldn’t have wanted her name involved in an event like that.